Four fire engines were called to a blaze at Otford House on the Tabard Gardens Estate on Sunday afternoon. 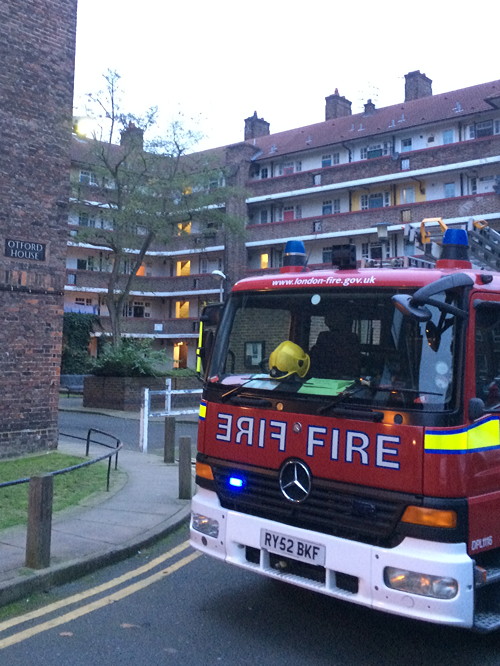 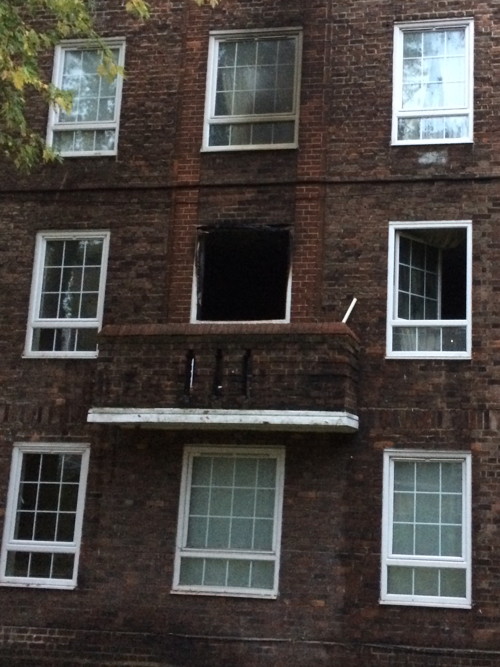 A local photographer captured a dramatic image of flames leaping out of the first floor flat.

No-one was injured in the fire which the London Fire Brigade believes was caused by incense sticks setting light to clothing in a bedroom.

"Keep clothing, fabric, and hair well away from burning incense sticks, as they have hot embers that can cause fires," said a London Fire Brigade spokesperson.

"It is important to check that all candles, tea lights, incense or joss sticks are fully extinguished before you leave the room or go to bed."

Fire engines from Dowgate, Southwark, Peckham and Lambeth fire stations were called to the scene.

Southwark Fire Station is due to close in January 2014.