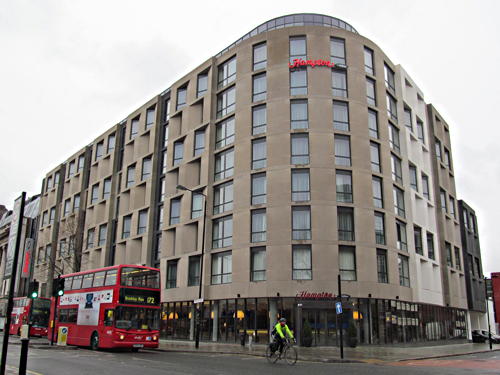 The hotel development was first approved five years ago but was delayed by the Irish banking crisis.

The new hotel occupies the former site of Partnership House at the corner of Waterloo Road and Gray Street.

"London has recently been announced as the world's most popular tourist destination, having seen a 20 per cent increase in foreign visitors in 2013, now reaching almost 4.9 million," said Simon Vincent, president, Europe, Middle East and Africa of Hilton Worldwide.

"The opening of Hampton by Hilton London Waterloo, therefore, comes at an opportune time, introducing our value brand to the increasing number of tourists, and demonstrating the growth of our portfolio which includes three brands in this thriving, international city."

"With its extensive transport links and proximity to some of the capital's most famous landmarks and attractions, it's an ideal base for both business and leisure travellers coming to London."

The ground floor of the new hotel includes Cyrus Todiwala's Assado restaurant which is due to open later this month.