A proposal for a seven-storey tower on the site of the Llewellyn Alexander art gallery in The Cut has been turned down by Lambeth Council planning officers. 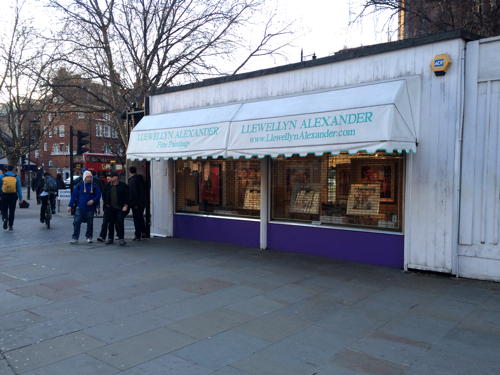 The scheme – designed by Ernest Chew, co-proprietor of the Llewellyn Alexander Fine Paintings gallery at the corner of The Cut and Cornwall Road – included eight flats above a new retail space.

The gallery currently occupies a single-storey building on the corner site.

This week Lambeth Council planning officers turned down the planning application on that grounds that the "height, massing, bulk, scale and design of the development fails to respond to the local context of the site, resulting in an incongruous building which would be out of keeping with The Cut street scene".

In their decision notice, officers also note that "the proposed development would have the potential to harm the setting of neighbouring grade II listed buildings" such as The Old Vic as well as setting out concerns about the size and layout of the proposed homes and the "unacceptable sense of enclosure" the new building would create for residents of the adjacent Doreen Ramsey Court.