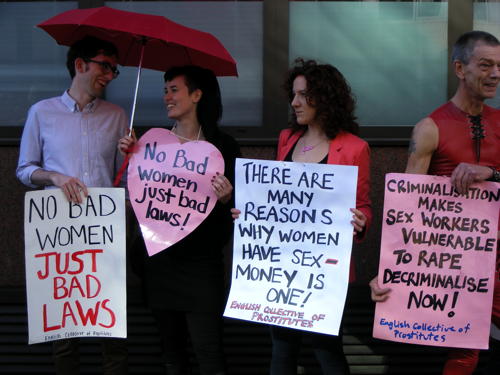 Protesters outside the conference 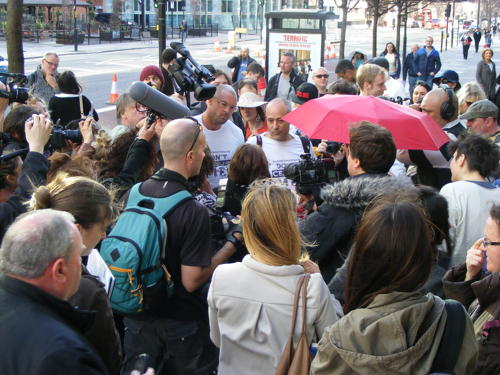 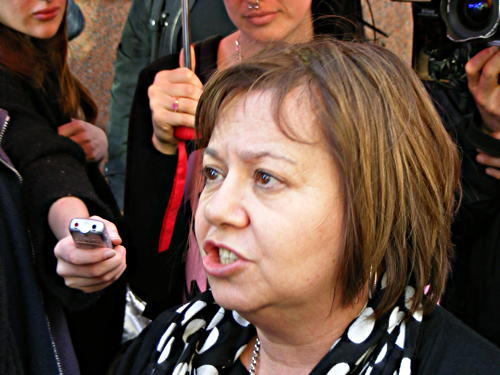 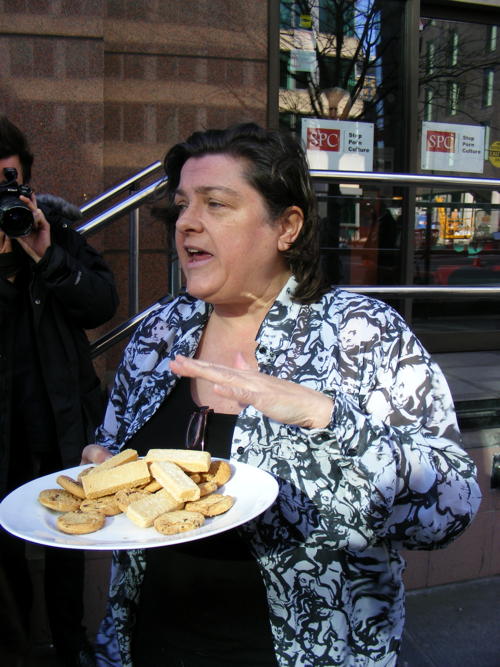 The conference held at Wedge House on Saturday opened in the morning without protest but a rally called for the afternoon filled the wide pavement outside the building on the corner of Colombo Street.

Other conference speakers included feminists from Norway, Iceland and Sweden.

The conference organisers had insisted that the event was not the occasion for a debate with opponents.

But during the demonstration both Gail Dines and Guardian columnist Julie Bindel suddenly appeared with plates of biscuits and entered into lively and sometimes heated debate.

Around 50 protesters waving placards included members of the English Collective of Prostitutes and strippers.