One of Boris Johnson's deputy mayors has admitted that the proposed redevelopment of the Shell Centre will have a "big impact" on the Westminster world heritage site. 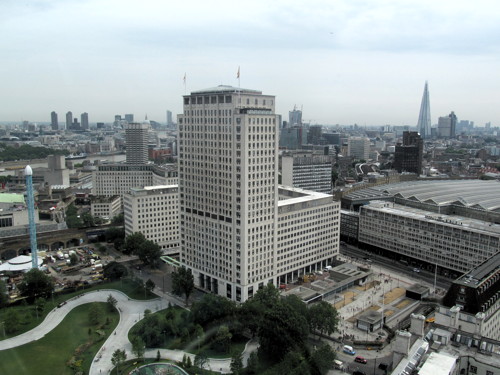 Kit Malthouse was speaking at a meeting of the London Assembly's planning committee on Tuesday which was examining proposals for tall buildings in the capital.

Mr Malthouse is a former deputy leader of Westminster City Council and is now a Conservative member of the London Assembly and deputy mayor for business and enterprise.

His boss, Boris Johnson, has been at pains to play down fears expressed by English Heritage and Westminster City Council that high-density and high-rise development around Waterloo Station will spoil the setting of the Houses of Parliament and Westminster Abbey.

The UK Government has come under pressure from Unesco over its handling of skyscraper proposals in the South Bank area.

It also emerged on Tuesday that Mr Pickles' decision could face a legal challenge by Riverside Communities Ltd, the company set up by County Hall residents to fight the Shell Centre scheme.

RCL's George Turner told The Independent: "I don't think the secretary of state's made a legally sound decision ... I think we really need to challenge this in the courts because it sets quite a bad precedent for London. If the decision is allowed to stand we can basically say goodbye to a lot of affordable housing."

He added: "The South Bank has 18 million tourists visiting it a year, and we're building this shitty dark hole in the middle of it. That's just not good enough for what is one of the UK's premier tourist destinations."