Detectives investigating the death of Adam Hird, who died following an incident outside a bar on Albert Embankment, are appealing to a woman who is believed to have filmed the events on her mobile phone to come forward. 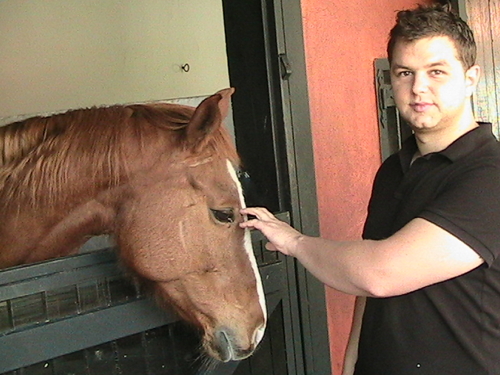 30-year-old Adam Hird from Epping, died following an incident outside the No 65 bar on Albert Embankment in the early hours of Sunday 15 June.

Police were called at around 3.20am to reports of a man being restrained by security staff at the entrance of the bar.

On arrival they found Mr Hird collapsed. He was taken to hospital where he died on Tuesday 17 June.

Detectives believe that a tall slim woman in her twenties, with blonde hair in a ponytail, and wearing shorts was filming the incident on a mobile phone.

"Obviously I am very keen to secure any footage of the incident as it could be very important to this investigation," said Detective Inspector Sharon Marman.

"I would like to reassure this woman that she is not in any trouble and that she can contact the police with the confidence that she will be treated with the utmost sensitivity."

Four men, were arrested in connection with the investigation and subsequently released on bail pending further enquiries.

Lambeth councillors will meet on Wednesday night to consider a review of the premises licence for No. 65.

The venue's licence was suspended last month after the police warned that the venue was associated with serious crime.

Mr Hird's family have released a statement. They said: "Adam was full of life, he was kind, gentle and funny and the youngest member of our close family.

"He was always trying something new and he had recently returned from a Buddhist meditation retreat and was learning to play the guitar.

"Adam was a qualified private pilot and loved to fly, he was just finishing his aerobatic qualification and hoped one day to be a commercial pilot.

"He was engaged to be married and had hopes of becoming a dad.

"He loved traveling and new experiences and had visited some of the most far flung and often dangerous countries around the world and we often worried about him when he was away.

"We never imagined that this could happen, right here, so close to where we live, where he should have been safe. We are deeply shocked and distraught at what has happened to Adam.

"We understand that a young blonde woman and possibly others may have recorded the incident on their cell phones.

"We sincerely ask that anyone who witnessed or recorded the incident please contact the police so we can secure the footage.

"We wish to offer a reward of Ł1,000 to anyone who provides video footage of the incident."

Anyone who witnessed the incident on Sunday morning is asked to call the incident room on 020 8721 4054. Officers believe that other members of the public may also have video footage of the incident that would assist the investigation.