Plans to demolish the Days Hotel Waterloo and replace it with a 22-storey building were exhibited for the first time this weekend. 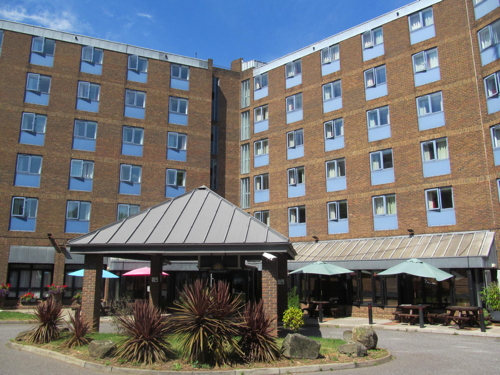 The six-storey Days Hotel Waterloo, at the corner of Lambeth Road and Kennington Road, currently has 162 bedrooms.

Built as a student hall of residence for South Bank University, it was converted to a hotel in the late 1990s.

Under plans put forward by Cranbourne Enterprises and designed by architects Falconer Chester Hall, the existing building would be demolished and replaced with a new structure ranging in height from seven to 22 storeys.

The scheme includes a four-star hotel with around 290 bedrooms and approximately 145 serviced apartments, as well as new restaurants and other facilities.

Cranbourne claims that the number of people employed on the site would increase from 75 at the existing Days Hotel to around 200.

The developer plans to submit a planning application to Lambeth Council in the autumn. If the scheme is approved, then work could start in April 2015 with completion around two years later.

Until World War II the site was occupied by Surrey Lodge, a complex of model dwellings founded by Emma Cons, the social reformer who has close associations with Morley College and The Old Vic.

43 people were killed when a German V2 rocket destroyed the building in January 1945.

• See the exhibition panels at www.54kenningtonroad.co.uk