As the Gibbon's Rent garden celebrates its second anniversary, a new book exchange cabinet has been added to the green oasis just yards away from the bustle of Tooley Street. 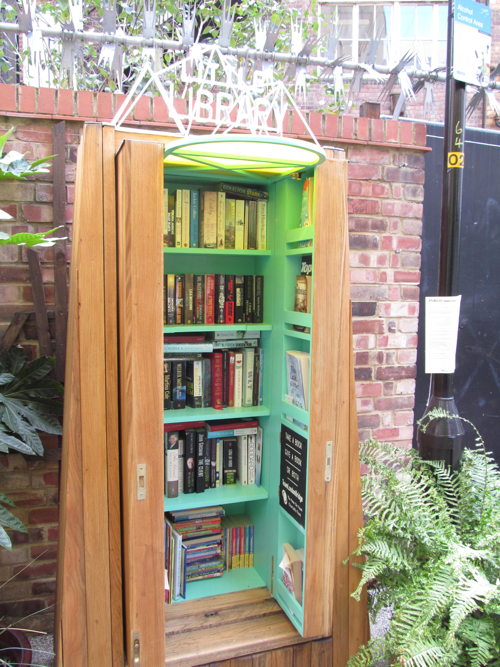 The garden known as Gibbon's Rent was created in the alleyway named Gibbons Rents – between Holyrood Street and Magdalen Street – two summers ago.

Its latest feature is the 'Little Library' – a cabinet of books to be borrowed or swapped.

Having successfully competed against 22 other submissions in a design competition run through IdeasTap, Team London Bridge commissioned architecture and design firm Mill & Jones to create this new mini-book exchange.

"We like to imagine the Little Library as part of a future 'infrastructure of delight', facilitating new networks of culture, sharing and discussion among the users of public spaces," said Luke Jones of Mill & Jones.

"We hope that the new book exchange will bring people into the garden, and help solidify a new community of users."

The book cabinet is open from 9am to 5.30pm on weekdays.

• Other book exchanges can be found in Union Street and Southwark Street.