Freemen of the City of London exercised their ancient right to drive flocks of sheep across London Bridge on Sunday. 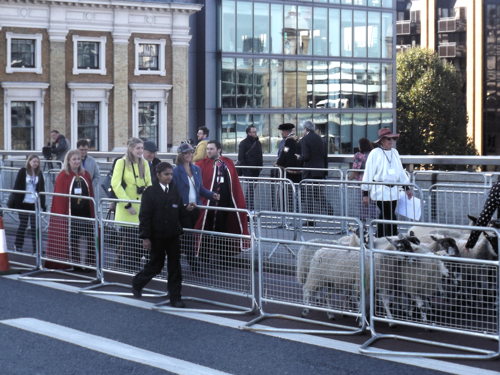 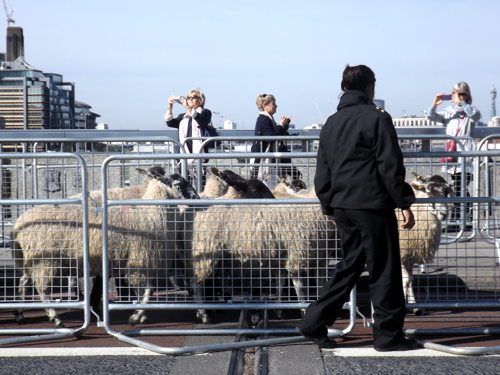 An RSPCA inspector monitors the wellbeing of the sheep

The event – now in its second year – was organised by the Worshipful Company of Woolmen to raise funds for the Woolmen's Charitable Trust and the Lord Mayor's Appeal.

City freemen each paid £50 for the opportunity to help drive a flock of sheep part of the way across the bridge.

The welfare of the sheep was closely monitored by an RSPCA inspector.

The sheep drive was preceded by a ceremony at the southern end of the bridge when the Master Woolman and the Sheriff of London Fiona Adler were formally greeted and presented with a Southwark ale conning pot by the officers and foreman of the Guildable Manor of Southwark.

TV presenter Paul O'Grady – a supporter of People for the Ethical Treatment of Animals (PETA) – last week wrote to the Lord Mayor of London Fiona Woolf urging her to halt the event.

"Herding sheep down a very busy London street while cars continue to speed along the road next to them shows a disregard for their welfare and needlessly causes them distress," he wrote.