Sheep have been run across London Bridge as part of a sheep drive organised by the Woolmen's Company. 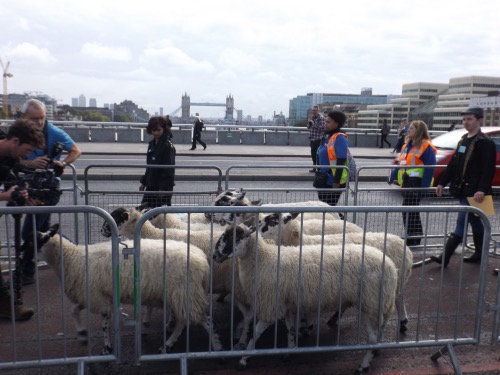 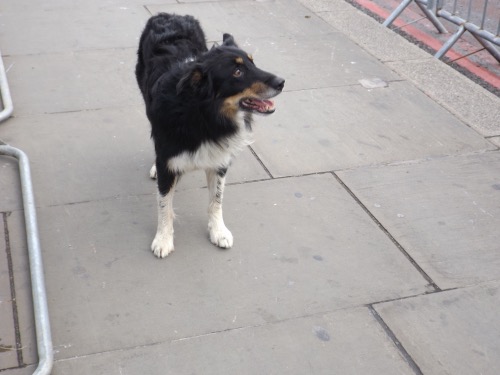 Sheep dog ready to round up any straying sheep 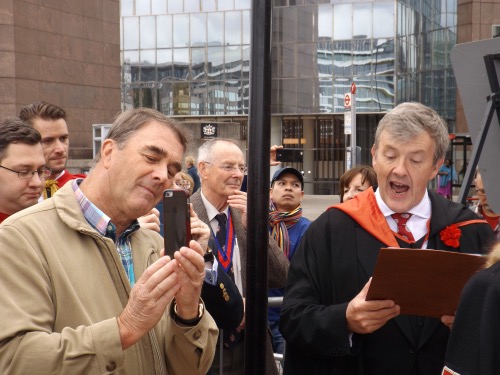 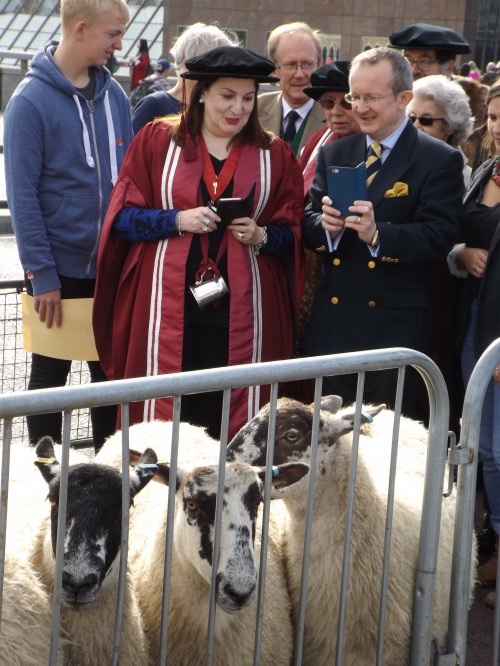 Southwark's Judy Tayler-Smith with her sheep

The sheep arrived on Sunday morning outside Fishmongers' Hall before being driven out of the City of London by Formula One Champion Nigel Mansell.

He was accompanied by Master of the Woolmen's Company Alderman Peter Hewitt and Young Freeman.

Waiting on the south side were officers of Southwark's Guildable Manor including acting foreman Leslie Grout.

The ancient manor embraces Borough Market and the west end of Tooley Street.

Southwark's common cryer David Wilson proclaimed an address welcoming the Woolmen to ‘our bridge’ and citing the charters of 1327 and 1550.

In accordance with tradition, the Woolmen's master was presented with a silver ‘ale conning vessel’, or tankard, as a token of friendship and a jar of mint sauce.

Afterwards flesh taster Judy Tayler-Smith and other manorial representatives, on behalf of Southwark, drove sheep along the northern bus lane over the bridge into the City of London.

North is the historic direction as the flocks from Kent and Surrey were usually being taken to Smithfield and Aldgate Markets.

Later in the morning stained glass artists from the Southwark-based Glaziers Company also drove sheep across the bridge.

Freemen of the City of London once had the right to drive sheep across the bridge without paying a toll. The annual drive was introduced in 2013.