"We have made north Lambeth and north Southwark a magical place to live," claimed Coin Street Community Builders chair Scott Rice at a reception on Monday evening to mark 30 years of achievement. 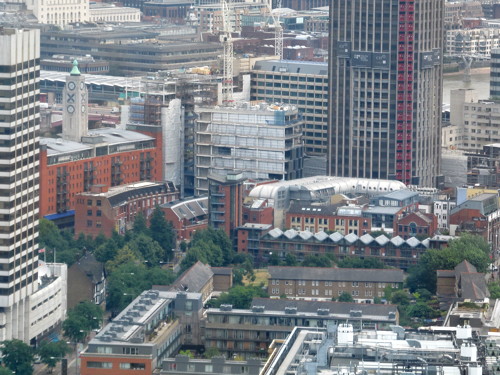 Over the years the social enterprise has built 220 homes for rent on the South Bank. It also owns Oxo Tower Wharf, Gabriel's and Bernie Spain Gardens as well as the Coin Street Neighbourhood Centre.

Speaking in OXO2, Scott Rice told guests that everybody living upstairs was in social housing and on a fair rent. But, he added, there was "so much more to do".

The future was touched on by chief executive Iain Tuckett, introduced as Coin Street's "oldest employee", who spoke about The Green Room restaurant and bar operated by the National Theatre about to open next to Rambert in Upper Ground.

Looking further ahead he spoke of plans for "the best leisure centre" and a care home.

He said that the aspiration was to make the neighbourhood one of the best in the world.

"I love it here now," said Iain Tuckett. "Will we love it tomorrow? That is the real test that our board has to be judged by."

A tribute was paid to former chair Ted Bowman who died this year.

Kate Hoey, MP for Vauxhall, said that the way Coin Street had worked was so important.

"It has been a bottom up organisation. An organisation built on local people's involvement and community campaigning"

She added that it had characteristics which many in the public sector could learn from.

The GLC was the forerunner of the Mayor and London Assembly.

In raising a toast he said: "We would not be here if it were not for that great organisation the Greater London Council."