Neal's Yard Dairy has recalled a batch of its 200g Ragstone unpasteurised goat's milk cheese sold in its Park Street shop because high levels of listeria monocytogenes have been found in the product. 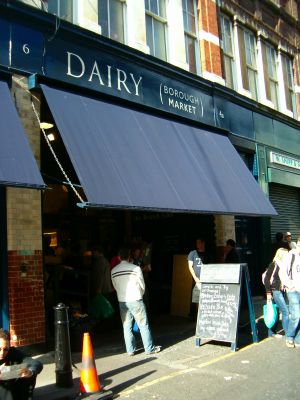 Listeria monocytogenes is a bacterium that can cause food poisoning, particularly among vulnerable groups such as pregnant women, unborn and newborn babies, those over 60 years old, and anyone with reduced immunity.

The Food Standards Agency has issued a recall notice for the cheese with batch code 16215 and a 'best before' date of 23 March 2015.

Neal's Yard recalled the affected batch from customers as a precaution last week. Most of the product that was sold has been returned.

The remaining product has been sold over the counter at two Neal's Yard Dairy Shops in Borough Market and Covent Garden.

In a statement, the FSA said: "If you have bought the above product, do not eat it. Instead, return it to the store from where it was bought or contact Neal's Yard Creamery."

No other Neal's Yard products are known to be affected.