Residents of two SE1 housing estates have complained after they found new trees planted outside their windows tagged with the name of a multinational property developer. 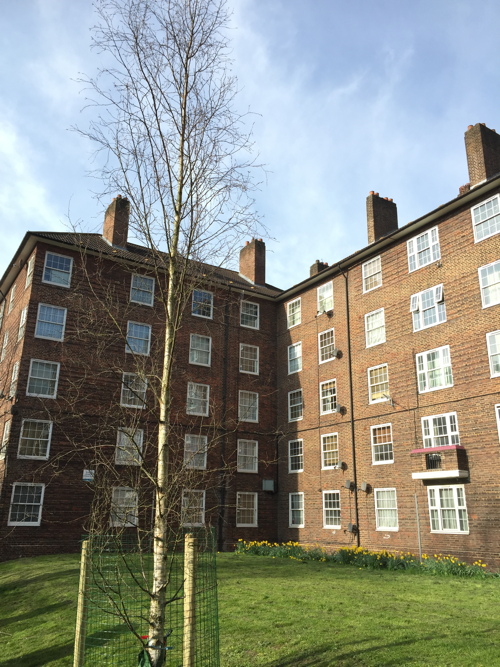 Dozens of new trees appeared on the Rockingham Estate without warning 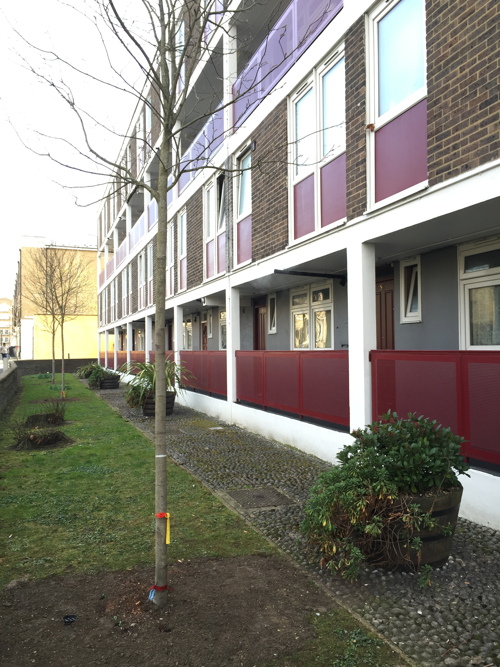 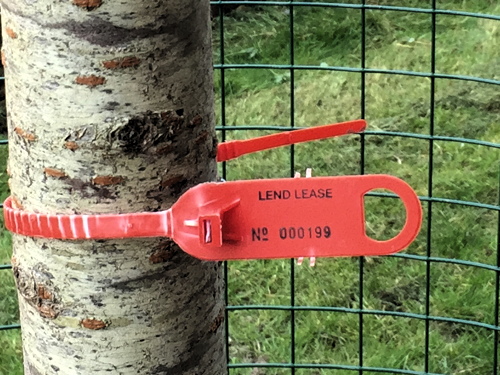 Each tree is tagged with the name of Lend Lease

Australian developer Lend Lease, Southwark's partner for the Elephant & Castle regeneration, wants to plant more than a thousand trees on the streets around the former Heygate Estate.

Residents of the Rockingham Estate and the Lawson Estate have complained after some of the the trees appeared outside their homes without prior notification or consultation.

Martin Gabriel of the Rockingham Estate set up a @WeNeedSunlight Twitter account to voice his objections. He wrote: "People in the area are furious at the cavalier way they have been treated and their opinions given no value.

"This is not the way to engage with the community. They are people who deserve respect not contempt."

John Paul Maytum, chair of Leathermarket JMB which runs the Lawson Estate, also used Twitter to vent his frustrations about the tree-planting programme.

Chaucer ward councillor Karl Eastham said: "I am disappointed that Lend Lease do not appear to have undertaken any meaningful consultation work before planting these trees, and that residents are disappointed at what could have been a very positive exercise.

"Everyone likes new trees being planted, and I hope Lend Lease will now commit to a proper consultation. I hope they will agree to move trees where there are grievances, and plant further trees in more appropriate spots."

A Lend Lease spokesman told the SE1 website: "As part of the regeneration of Elephant & Castle, we are absolutely committed to creating a greener and healthier local environment, which includes the planting of more than 1,600 new trees over the next ten years.

"Together with Southwark Council, we have identified locations for up to 1,200 of these new trees to be planted in a 1km radius around Elephant Park that will connect the site with the surrounding streets, parks and estates of the area.

"We are thinking carefully about the types of trees we will plant so that, by the time we are finished in 2025, the diversity of trees will have expanded to include species such as field maple, oak, silver birch, pine, silver lime and cherry.

"Such increased diversity will help to attract new birds, butterflies and other forms of wildlife into the area.

"We have noted some specific concerns from residents on the Rockingham Estate, and whilst we aim to resolve those concerns we have made the decision to halt the planting programme in that particular area.

"We will shortly be holding an exhibition for Rockingham residents to attend where they will be invited to raise any concerns or questions. From that event, we will ensure that any necessary changes to the planting plans are made."

Lend Lease has also felled many trees on the former Heygate Estate site.

Cllr Mark Williams, Southwark's cabinet member for regeneration, planning and transport, said: "We are aware some residents have raised concerns about the trees being planted around Elephant & Castle.

"Although this is an important part of the regeneration of the area we don't want it to adversely affect any of our current residents and I am pleased Lend Lease have agreed to pause the programme while we go back and make sure we get this right for everyone."

Earlier this month Lend Lease put homes in the West Grove phase of Elephant Park on sale with simultaneous exhibitions at Oxo Tower Wharf and in Hong Kong.