The Castle: long-awaited new leisure centre will open in April

The much anticipated new swimming pool and leisure centre at Elephant & Castle will open its doors in April, Southwark Council has announced. 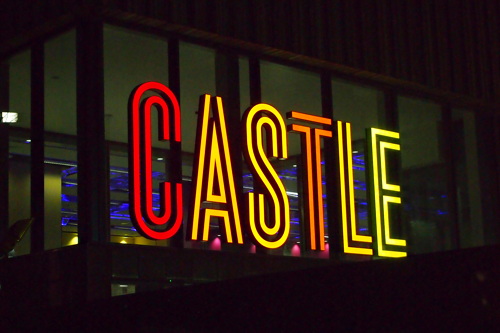 It is nearly four years since the old Elephant & Castle Leisure Centre closed to make way for Lend Lease's One The Elephant development and the construction of a new leisure centre on part of the site.

Whilst the development was initially held up by an archaeological dig, there have been further delays as the scheme has progressed – with little information forthcoming from the council.

Uncertainty as to when the centre will open has persisted for some months with more and more frustrated local residents demanding information on the centre's Facebook page.

Now the council has moved to quash some of the speculation by confirming an April launch date.

"We are currently working with Balfour Beatty to run rigorous testing of the building, to ensure that all the mechanical and electrical systems that enable the building to run safely and efficiently are working as they should," said Cllr Barrie Hargrove, cabinet member for public health, parks and leisure.

"We want residents to have the best experience possible when the centre opens which is why this testing is so important.

"Once this work is completed in February, our leisure operator will then be able to get to work on fully equipping the centre ready for the public to use.

"We would like to thank everyone for their patience while we complete this final stage, and are confident that the fantastic facilities will be worth the wait."

This Saturday Borough, Bankside & Walworth Community Council will discuss plans to initiate a review of the controlled parking zone in the streets around the The Castle.

The review will cover part of the C2 CPZ in the streets bounded by Lambeth Road, the Lambeth borough boundary, St George's Road, Newington Butts and Elephant & Castle .

According to a report prepared for Saturday's meeting, "funding has been agreed by the chief executive's department to review the times of operation, in a section of the existing C2 parking zone, in response to concerns that the new Elephant & Castle leisure centre has the potential to increase parking demand in nearby streets."

The CPZ currently operates Monday to Friday 8.30am to 6.30pm. However the leisure centre is expected to be open 6.30am-10pm during the week, 7am-6pm on Saturdays and until 10pm on Sundays.

The report from highways officers continues: "We remain of the view that the effect of the new centre needs to be observed for one to two months before consultation should commence.

"In our experience residents are often cynical about the motive of the council when changes to parking are proposed before there is evidence of the problem."