Transport for London has revealed that it plans to spend £22 million on changes to the road layout around the BFI IMAX cinema at Waterloo. 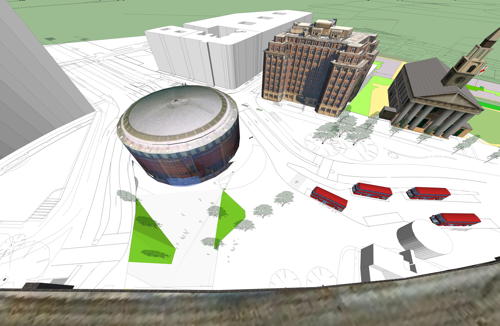 TfL announced in March 2014 that the roundabout around the BFI IMAX would be removed.

According to the plan, the project has an estimated final cost of £22 million and is due for completion by May 2021.

"We are leading a regeneration scheme to support this growth, focusing on improvements to public spaces, upgraded services for cyclists, and better interchange facilities."

As at Elephant & Castle, one side of the Waterloo roundabout will be turned into an expanded pedestrian space.