32 years after the Bermondsey by-election, Peter Tatchell - the defeated Labour candidate in that contest - has congratulated Neil Coyle on his election to Parliament. 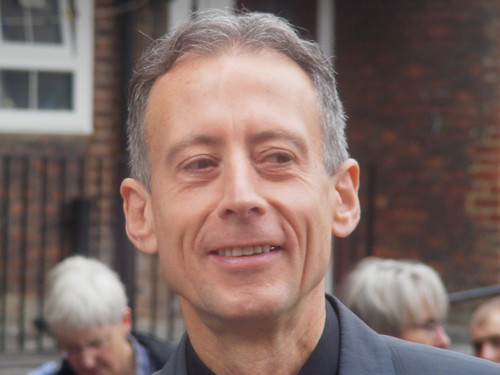 "Although I now support the Greens, I'm delighted that Labour has regained the Bermondsey seat after 32 years.

"I look forward to working with Neil to oppose austerity and secure social justice for the people of Bermondsey and Britain.

"Commiserations to Simon Hughes. He was an assiduous constituency MP but has paid the price for voting with the Tories hundreds of times since 2010.

"Nevertheless, I wish him well in his life after Parliament."

In recent years Simon Hughes and Peter Tatchell have shared a platform on several occasions, including at an event organised by the Rotherhithe & Bermondsey Local History Society to mark the 30th anniversary of the by-election and in 2010 at the unveiling of a blue plaque to Mr Tatchell on the Rockingham Estate.

Fremantle Media, owners of the Thames News archive, have recently published on YouTube several TV news reports from the 1983 by-election and earlier:

• 1981: Peter Tatchell "further to the left than the Communist Party"
• 1982 interview with Peter Tatchell
• 1983 report on the by-election campaign