Plans for a development of 64 homes on Swan Street and Harper Road have been approved by Southwark's planning committee. 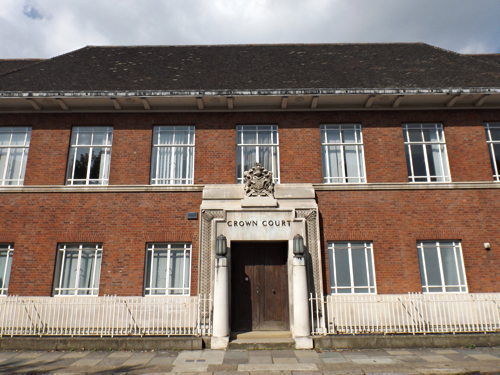 The scheme will replace the former court annexe building on Swan Street and the old sorting office on Harper Road, both part of the Trinity Newington Estate owned by the Corporation of Trinity House, the charity responsible for the nation's lighthouses.

Trinity House selected a consortium of Galliard Homes, Acorn Property Group and Otterlo London to draw up plans to redevelop the site in 2014.

Now proposals for 64 homes – in three buildings of 4, 5 and 7 storeys – have been approved by Southwark's planning committee.

14 of the new flats will be classed as affordable housing, with eight to be let at social rent levels and four to be offered on a shared ownership basis.

The committee heard objections from Trinity Street residents Sara Godfrey and Elfyn Wyn Jones who raised concerns about the consultation process and the impact of construction traffic and servicing via Trio Place.

Chaucer ward councillor Karl Eastham addressed the committee to voice concerns as to whether the proposed building is in keeping with the area and the "very distinctive" Georgian architecture elsewhere on the Trinity House estate.

He also raised concerns about the developer's intention to use the "extremely narrow" Trio Place for construction traffic.

Elements of the old crown court annexe building – including the brass lamps either side of the main entrance – will be incorporated into the new development.

Trinity House acquired the land it owns in Newington in 1661 from merchant Christopher Merrick for Ł1,694 on condition that it was held in trust "for Relieving comforting Easing & Maintaining of the poor Aged Sick Maimed Weak and decayed Seamen and Mariners of this Kingdom, their Wives children and Widowes where most need was".

Income from the estate – marketed as 'Trinity Village' since 2008 – helps to fund the charity's other activities.

In their report to the planning committee, council officers noted that the development site is "at an exceptionally interesting place within the Roman archaeology of Southwark".

Archaeological investigations will be carried out before the new buildings are constructed.

Work is expect to start this summer with the new homes to be completed in 2018.

Planning committee members voted 4-2 in favour of granting planning permission, with one abstention.