A Roman sarcophagus has been found by archaeologists working on a development site at the corner of Harper Road and Swan Street in Southwark. 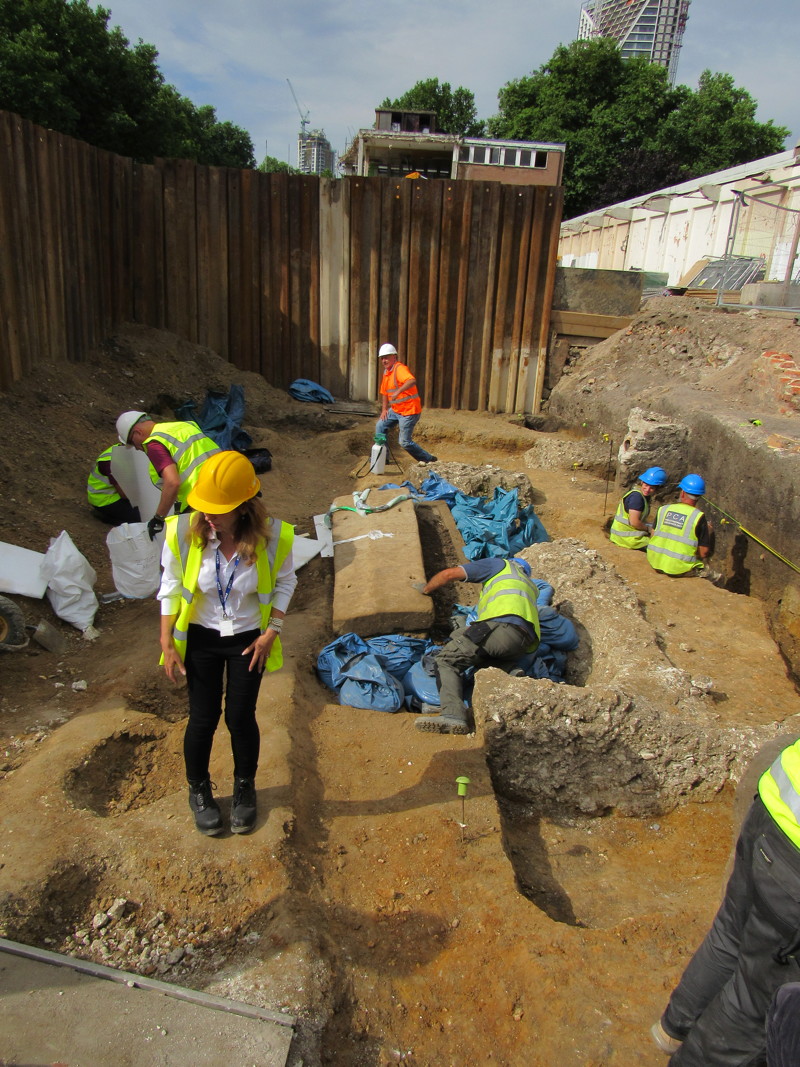 The excavation – by Pre-Construct Archaeology – began in January this year on the site which is owned by lighthouse charity Trinity House.

In their report to the planning committee, council officers described the location as "an exceptionally interesting place within the Roman archaeology of Southwark".

The excavation below the former court annexe building revealed a large robber trench around the coffin and found that the lid had been moved, suggesting that the coffin was discovered and robbed in the past.

However, it is possible that only the precious items were removed, and the less valuable artefacts, such as the body itself, still remain within the stone sarcophagus.

Recent archaeological research has shown that this area of Roman Southwark was the focus of ritual activity containing various religious and funerary monuments and a vast dispersed Roman cemetery (sites such as Dickens Square, Lant Street and Trinity Street) incorporating a range of burial practices, often with exotic grave goods sourced from across the Roman Empire.

The burial of a 14 year old girl from nearby Lant Street was one of the richest interments from the Southwark cemetery and is without parallel in Britain; her 4th century chalk-burial contained a bone inlay box, an ivory clasp knife depicting a leopard, and glassware.

"In my long archaeological career I have excavated many hundreds of burials, but this is the first Roman sarcophagus I have ever discovered, still surviving in its original place of deposition," said Gillian King, Southwark Council's in-house archaeologist.

"I have seen them in museums, but I think part of me believed that they had probably all been found by now!

"It really is a very special discovery. Personally, I find it really fascinating to contemplate that this area – which we are now so familiar with – was once, during the Roman period, so completely different.

"It really does make me feel very honoured that my role at Southwark Council contributes to protecting amazing archaeological treasures like this, and our work means that we can ensure that the historic environment is championed and preserved for the enjoyment of us and future generations."

Cllr Peter John, the leader of Southwark Council, said: "This is a remarkable and exciting find. In Southwark we take our duty as custodians of the borough's rich, varied and important archaeological heritage very seriously.

"This Roman sarcophagus is the find of a lifetime and a credit to the council's commitment to ensuring that the borough's history is properly conserved."