The President of the United State of America visited Bankside on Saturday to see Shakespeare's Globe on the 400th anniversary of the Bard's death. 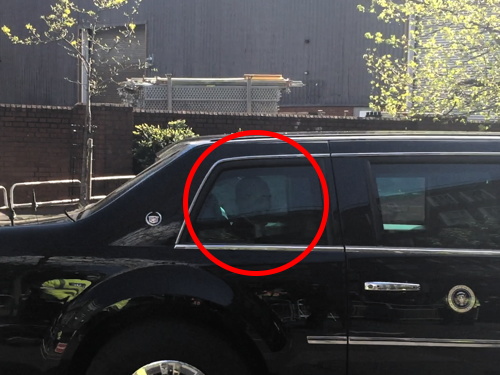 The Millennium Bridge and a number of streets around Bankside were closed off overnight to allow police to put security measures in place for the visit of Barack Obama.

The president was welcomed into the Globe Theatre by the cast of Hamlet, home from their two-year tour to almost every country on earth.

The Hamlet company performed a selection of scenes from the production for the President, before greeting him on the Globe stage.

The company have returned home for the weekend for four final performances, having travelled over 300,000 km and played 293 performances at 202 venues in 197 countries.

Dominic Dromgoole, outgoing artistic director of Shakespeare's Globe, said: "At the end of an extraordinary journey all around the world, it is great to return home to the Globe, and to be able to perform a few scenes and to be welcomed back by President Barack Obama.

"The spirit of 'Yes we can' has informed the entire tour, and it's an honour to meet the man who coined the phrase, and who exemplifies its spirit."

A small crowd of locals gathered outside Sumner Buildings to watch the president's motorcade go past.

Mr Obama smiled and waved as his car turned from Emerson Street into Sumner Street.

Five years ago Mr Obama visited the Globe Academy during his state visit to London.