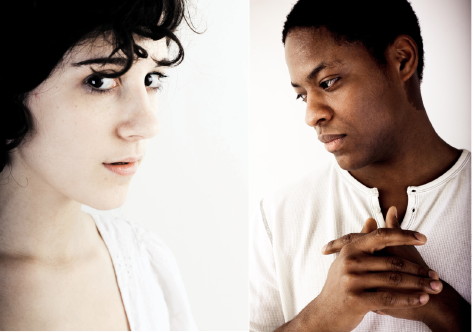 The Bankside playhouse is staging four Shakespeare plays and three new works during the season which runs from April to October.

Artistic director Dominic Dromgoole says that the season's focus on Shakespeare's depictions of young love "should give a very comprehensive look at how people related to each other then and how they relate to each other now".

Newcomer Ellie Kendrick plays Juliet. Kendrick, 18, is currently on a gap year before starting a degree course at Cambridge in the autumn. She came to prominence when she played Anne Frank in the the BBC's The Diary of Anne Frank.

"I've been coming here since I was 12 and I never really imagined that I would set foot on a stage let alone make my professional stage debut here as the lead female in one of the most famous plays ever written," says Kendrick.

Thea Sharrock – formerly of Southwark Playhouse – will direct at the Globe for the first time when As You Like It opens at the end of May. Dromgoole pays tribute to the "incredible freshness and verve" of her work.

Che Walker's vivid panorama of late-night Camden Town – The Frontline – which written on-site at the Globe in 2007 and premiered in 2008, returns in May for a short run.

"It really shut anyone up who'd ever said any nonsense about this being a heritage theatre," said Dromgoole.

"It was a wild, wild night. It got a new audience in here: a younger audience, a more multicultural audience. They all brought a fantastic energy to it. And occasionally it almost got out of control and turned into a sort of riot. We're delighted to have that back."

Frank McGuinness's new version of Helen by Euripides is the Globe's first foray into Greek drama and has been selected by Dromgoole for its wit and buoyancy.

"I always worry that there's a tortured, tragic intensity to a lot of Greek drama which would be hard in here, because this place does need the pressure release valve of laughter, and it needs a bit of wit and a bit of irony just to include the audience and help them to become part of the event."

At the end of August Trevor Griffiths' new play A New World brings the life of Thomas Paine to the Globe stage. "It's more apposite than ever," says Dromgoole, highlighting Barack Obama's quotes from Tom Paine's work in his inauguration speech.

Dromgoole's 2007 production of Love's Labour's Lost will get a two-week revival at the end of the season before a North American tour.

The Globe is taking to the road again with two scaled-down touring productions which will play at open-air venues nationwide. Both The Comedy of Errors and A Midsummer Night's Dream will have four performances on Bankside at the start of their itinerary.

Dromgoole says that the Globe has raised most of the money for its new education and rehearsal centre in Bear Gardens, but the "tough" economic situation isn't likely to help plans for a new library above the exhibition entrance on the north-west corner of the Globe site.