Sadiq Khan has rejected a call from Lambeth and Southwark's new City Hall representative for an 'urgent review' of the new Elephant & Castle road layout - but has pledged to continue to monitor the effect of the changes on traffic flow. 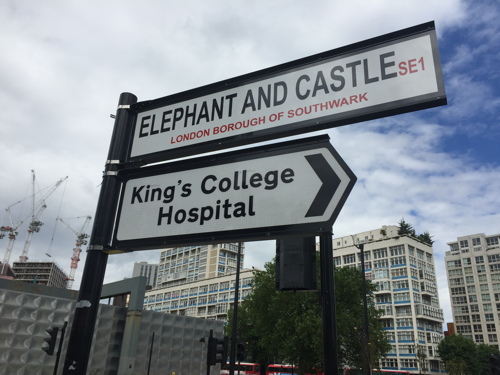 Florence Eshalomi, who was elected in May as the new Labour London Assembly member for Lambeth & Southwark, tabled this question to the Mayor of London Sadiq Khan and the Transport for London commissioner Mike Brown.

"Many of my residents are being seriously inconvenienced by the issues surrounding the changes being made at Elephant & Castle.

"Will you commit to urgently reviewing the scheme to ensure that users of the roundabout do not suffer another summer of traffic jams?"

"The changes aim to make the area safer and more welcoming for local residents and vulnerable road users, and supports significant local growth and development.

"The highway construction work is now finished and the cycle lanes are now open. Only off-highway urban realm improvements remain to be completed.

"While, as expected, there has been some increased congestion during construction, I am informed that this has now reduced.

"I will ensure TfL closely monitors the effects on all road users and pedestrians to ensure the junction is operating safely and effectively for all.

"As with any major change to the roads, it takes some time for road users to become familiar with the new layout and for traffic flows to normalise.

"Several adjustments have already been made to the operation including improving signal timings and introducing 'Keep Clear' sections to help traffic flow.

"TfL is monitoring the junction and will continue to do so throughout the summer."

Richard Reynolds – who led the 'Save Our Subways' campaign at the Elephant & Castle and chronicles events at the junction on the @RoundaboutNews Twitter and Facebook accounts – said:

"It's reassuring to see a local Labour politician express concern for once about the new intentionally more congested 'Bend' at Elephant & Castle, though it's very disappointing to see the assembly member put overwhelming emphasis on 'traffic jams' when the issues are far wider than this, most visibly a worsened pedestrian environment of dangers, inconvenience, air and noise pollution."

He added: "Florence should use her new role to be a fresh voice, engaged in local campaigns, push for fixing the day to day grind that her Labour colleagues accept is a price worth paying for a pointless piazza and Florence should do all she can to pre-empt another RTA which I see as inevitable from the frequent risk taking by all users. "