After a long campaign, pedestrian lights have finally been installed on Borough High Street at the junction with Trinity Street and Great Suffolk Street. 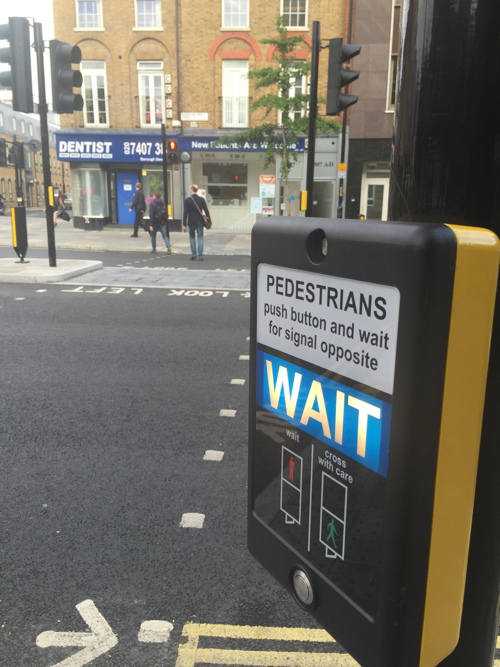 The new lights were turned on earlier this month when works on the Quietway 1 cycle route were completed.

"It's amazing to see a proper safe crossing from Trinity Street to Great Suffolk Street," said a spokeswoman for the SE1 Safe Roads campaign.

"It's been a long time in coming; a historic improvement. Parents have campaigned for decades to see this crossing improved and it will make a huge difference to many, many families especially when travelling between home and school.

"We'll now be keeping up the pressure on TfL to make improvements to the crossing by Borough Tube Station.

"Pedestrians are still dodging out of the way of lorries as there is no pedestrian phase there.

"Southwark needs room to breathe and room to walk and we can't wait to see further improvements to our environment."

In March this year the then Mayor of London Boris Johnson indicated that pedestrian lights could be installed outside St George the Martyr church next year.

"TfL started designs to enhance the pedestrian environment and improve bus journey time reliability at the Great Dover Street junction in November 2015, including proposals for a new pedestrian crossing on the northern arm of the junction," said Mr Johnson.

"Subject to traffic modelling, consultation and approvals, the scheme is planned to be completed by 2017."

Mr Johnson was responding to a question from Val Shawcross, then a London Assembly member. Ms Shawcross is now the Deputy Mayor for Transport and will play a role in signing off TfL's proposals for the junction.