Members of Riverside Parents joined Val Shawcross AM in Tooley Street on Thursday morning to protest against suggestions from Transport for London that several sets of traffic lights could be removed from the busy street. 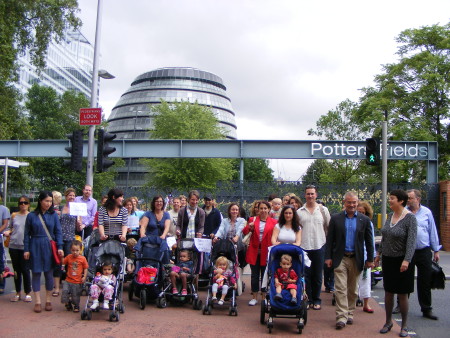 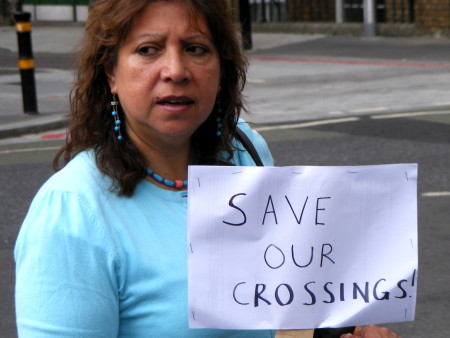 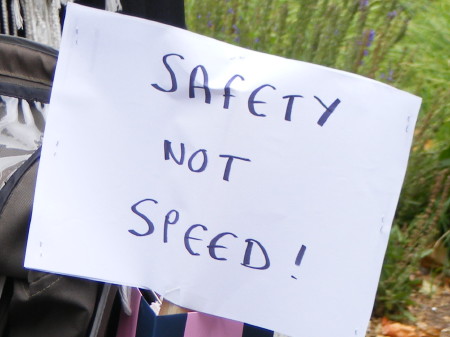 Last week TfL published a list of 145 sets of traffic lights, including seven in SE1, that it believes could potentially be removed in line with Boris Johnson's "smoothing traffic flow" agenda.

Four of the sets of lights which TfL considers surplus to requirements are in Tooley Street, including the pelican crossings outside Potters Fields Park and the Unicorn Theatre.

"Countless children use the Unicorn crossing every day as they visit the theatre which was specifically built for them. To remove either crossing would leave this part of Tooley Street very unsafe for the large number of families living around City Hall, and the children who visit our area."

Lambeth and Southwark's London Assembly member Val Shawcross said: "Pedestrian crossings are there for the safety and convenience of people on foot but they make up half of the lights proposed for removal. Pensioners, those with disabilities and parents of young children stand to lose out under these plans.

"These crossings are obviously close to home for me and I'll be supporting the Riverside Parents, and indeed any Londoners across the city, who feel their local roads are about to get more dangerous."

In a separate development the pedestrian crossings at the junction of Tooley Street and Tower Bridge Road are due to be fitted with countdown timers similar to those already installed in Blackfriars Road.

What do you think of the plans to remove traffic lights?