Plans to turn a disused fire brigade workshop just off Albert Embankment into a pop-up museum and event space have been approved by Lambeth councillors. 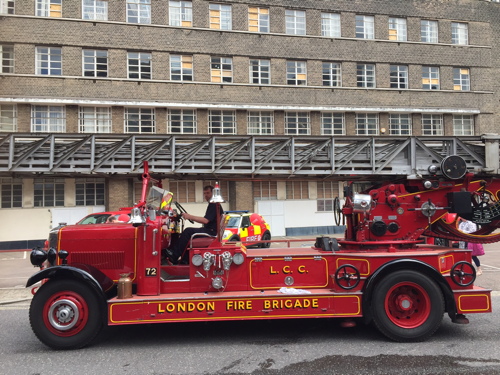 The London Fire Brigade Museum was formerly based in Southwark Bridge Road and will eventually have a permanent new home when the brigade's former headquarters on Albert Embankment is redeveloped.

Earlier this year the London Fire & Emergency Planning Authority selected U+I as its partner for the redevelopment of the Albert Embankment complex.

Behind the main Lambeth Fire Station building fronting the river is a disused workshop which came to wider attention last October when it was the scene of a massive Halloween rave.

Now U+I has applied to Lambeth Council for permission to turn the workshop building into a pop-up museum and event space for the next 18 months.

Cllr Jane Edbrooke said the museum would be "a fantastic addition" to the area and Cllr Nigel Haselden said the prospect of temporary use of the empty building was "entirely welcome".

The fire brigade museum collection is currently in storage.

This year the London Fire Brigade is celebrating its 150th anniversary.