The Duchess of Cambridge visited Lambeth Road on Tuesday to open the new Ronald McDonald House which provides accommodation for families of patients at the Evelina London Children's Hopsital. 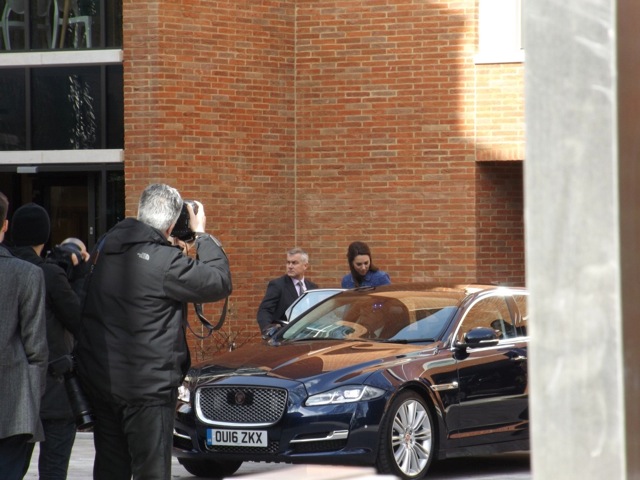 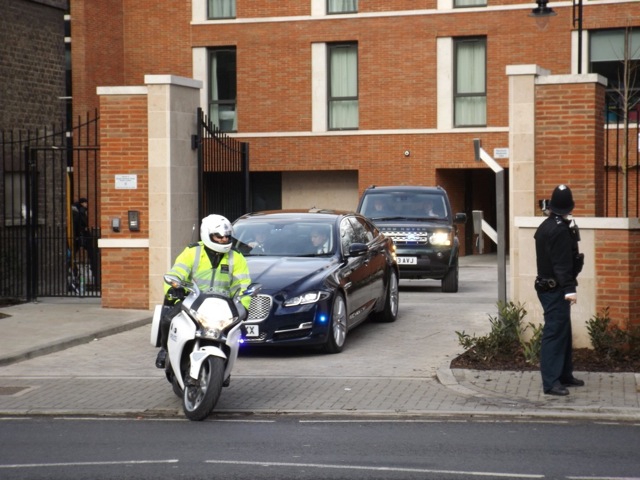 The new building has 59 bedrooms and replaces the Ronald McDonald House in Snowsfields which was located near the Evelina's previous site at Guy's Hospital.

During her visit the duchess met staff and Evelina London doctors and nurses.

When she arrived, the Duchess received a posy from eight-year-old Isabelle Randall from West Sussex. Her brother Luke, six, suffers from multiple complications and she is currently living at the house with her parents.

The new Ł13 million House, which has been built and is run by the independent charity Ronald McDonald House Charities, opened its doors to its first families in December last year.

It is situated next to Lambeth Palace, just a short walk from the Evelina London Children's Hospital which shares the St Thomas' Hospital campus.

It will be able to accommodate some 975 families a year, who can stay free of charge, close to their children, for as long as they need, with some staying months and even years.

Jon Haward, executive director of the charity which runs the accommodation, said: "This House means that families of a sick child who may live some distance away can now be near the ward, yet enjoy a degree of normal family life.

"Going into hospital can be a frightening experience for a child and is important that they have their family close by to help them in their recovery."

Dr Grenville Fox, Clinical Director, Children's Medical Specialties & Neonatology at Evelina London, said: "This new House will mean more than double the number of families can be near their children when they most need them. It provides a welcoming and nurturing environment just a short walk from our front doors, helping families to best support their children."

Kieron Boyle, Chief Executive of Guy's and St Thomas' Charity, says: "We are delighted to have supported the Ronald McDonald House Evelina London to help families continue being families during a testing time in their lives.

"A huge congratulations to everyone involved in this landmark project for generations of families to come."