Duchess of Cambridge to be patron of Evelina Children’s Hospital

The Duchess of Cambridge has been named as the new patron of the Evelina London Children's Hospital. 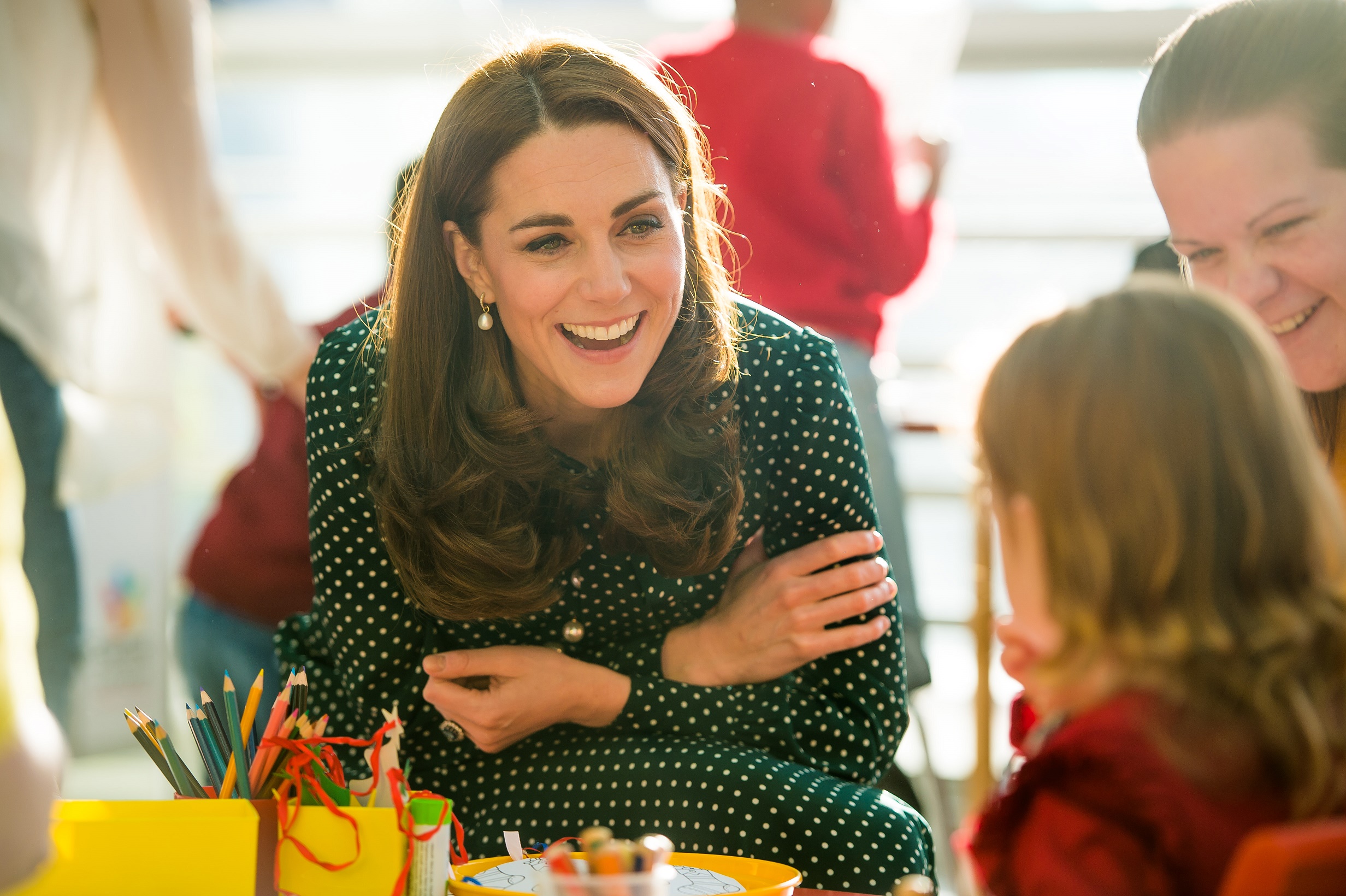 The announcement was made as William and Kate paid a visit to the hospital on Tuesday morning.

During their visit the royal guests spoke to a group of parents about the care their children have received at Evelina London and joined patients as they took part in Christmas themed activities.

Evelina London, which is part of Guy's and St Thomas' NHS Foundation Trust, is preparing to celebrate its 150th anniversary in 2019.

The anniversary will be marked with events for patients, families and staff throughout the year.

The Duchess of Cambridge kicked off the celebrations by helping patients who have been treated at the hospital to complete a commemorative artwork and to unveil a special anniversary banner marking Evelina London's 150 years.

Between them the Duke and Duchess of Cambridge have now visited Evelina London four times in the past two years.

The Duchess visited the hospital in February to launch a nursing campaign and last year she officially opened Ronald McDonald House for families whose children are being treated at Evelina London. The Duke visited the hospital in January to celebrate the national launch of a scheme to help ex-servicemen and women find employment in the NHS.

Marian Ridley, director of Evelina London, said: "We are absolutely delighted and deeply honoured the Duchess of Cambridge has chosen to become our patron. The Duchess shares our passion for giving children and young people the very best start in life and Her Royal Highness' support will help champion the life-saving care our staff are providing to our patients.

"The Duke and Duchess have a very special connection to Evelina London and their warmth, charm and sympathy have brought enormous joy to our staff and families whenever they've visited.

"It was a huge pleasure to welcome Their Royal Highnesses back to our hospital and it was absolutely wonderful that they were able to join us as we begin to celebrate our milestone 150th anniversary. We are immensely grateful for Their Royal Highnesses' support and we look forward to working closely with The Duchess as our Patron."

Evelina London was founded in Southwark in 1869 as Evelina Hospital for Sick Children by Baron Ferdinand de Rothschild, whose wife, Evelina, died along with their baby in childbirth.

The hospital moved to its present site on the St Thomas' Hospital campus in 2005.