MIPIM: Council heads to Cannes to lure developers to Lambeth

Lambeth Council has sent three officials to the MIPIM property trade fair in Cannes this week, with all expenses met by a consortium of five developers active in the borough. 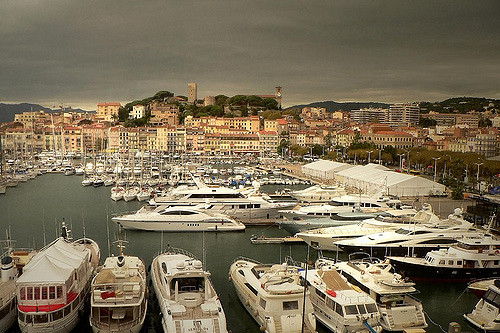 Photo by photophilde used under a Creative Commons licence

The council has sent Sandra Roebuck (assistant director for neighbourhoods and investment), Tom Bridgman (regeneration delivery lead) and Matthew Blades (business & inward investment delivery lead) to MIPIM in Cannes where Lambeth has a stand in the London pavilion.

Lambeth's programme at MIPIM includes a drinks reception for developers and a panel discussion titled What's next in Lambeth? Opportunities Lambeth Council aims to unlock.

St James – part of the Berkeley Group – has a number of high-rise developments along Albert Embankment.

Bourne Capital owns the Capital Tower and Mercury House opposite Waterloo Station and has long-term plans for a large redevelopment. The company is headed by Robert Bourne, whose wife Sally Greene runs The Old Vic.

A council spokesman told the SE1 website: "Attendance at MIPIM gives Lambeth Council the opportunity to showcase the borough, articulate its inward investment proposition, and communicate the council's vision for inclusive growth and development that helps deliver benefits for Lambeth residents.

"The Future Lambeth plan recognises that supporting inward investment and the growth of our local economy and business rate tax base will be vital to generate the resources we need to run services and invest in our neighbourhoods."