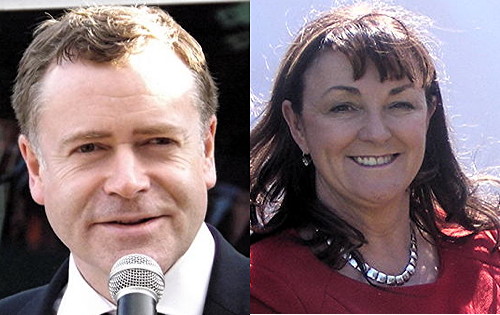 The MIPIM show, held each year in Cannes, is the highlight of the property industry's calendar.

On Tuesday lunchtime Cllr John and Ms Kelly are speaking at a panel discussion on Elephant & Castle along with Lend Lease's Rob Deck.

"There is no question that Southwark needs to be represented at MIPIM if we want to be recognised as a prime investment location in London," said Cllr Peter John.

"I have committed to bringing new homes, jobs, businesses and growth to the borough, and in the current climate we can't do that alone.

"Our partnership with Lend Lease has already allowed us to unlock the transformation of Elephant & Castle which had stalled for many years, and we want to do the same for other parts of the borough.

"We have brought huge investment into Southwark – billions of pounds will be ploughed into transforming the lives of people on the Aylesbury Estate, and in Canada Water. But we can't take our eye off the ball for a second if we want this transformation to continue.

"While we're very fond of our neighbouring boroughs, we can't afford to watch them steal investment from under our noses, and that's why we need to be at events like MIPIM, telling people why they should choose Southwark over anywhere else."

Mayor of London Boris Johnson is also in Cannes. He said: "Right across London there are incredible investment opportunities that I'm determined to bring to market creating more homes and jobs for Londoners.

"My message to the developers gathering at MIPIM is that London is the best place to invest."

Cllr John added: "I'm well aware that I could be criticised for spending two days in Cannes, but I can assure residents that I would be as keen to attend MIPIM if it was in Cardiff or Crewe because of the benefits it can bring the borough.

"I am also pleased to say that there will be no cost to the council, as we have secured external funding for the trip. Spending nothing to potentially bring millions of pounds of investment to the borough seems like a very good use of our time to me."

The leader and chief executive's accommodation and travel expenses have been met by Lend Lease, the council's development partner at the Elephant.

Last year Cllr John came under fire for accepting a pair of tickets to the Olympic opening ceremony from Lend Lease.

"The leader of the council should be sorting out problems in the borough rather than clinking glasses in the South of France," said Cllr Anood Al-Samerai. When Labour can't even get the basics right on things like housing and street cleaning, he should be spending more time running the council and less time on jollies.

"After accepting perks worth thousands of pounds last summer, this trip raises even more questions about the cosy relationship between Labour councillors and big property developers. For starters, exactly what are Lend Lease paying for, and when was this trip arranged? Couldn't they have just given us an extra council home instead?"

"It is very telling that the trip was kept secret until local media got wind of it. They know it looks bad, which is why they are embarrassed to come clean about it."

The SE1 website first made enquiries about who was paying for the trip last Wednesday, but it was nearly a week until the council made an official announcement.

However, this is not the first time that Southwark has been represented at MIPIM – until 2007 the council – then under Lib Dem leadership – regularly sent a delegation to the fair at taxpayers' expense, with up to 10 councillors and officers making the journey to Cannes.

• Lend Lease this week announced that the homes to be built on the Rodney Road section of the Heygate Estate will be known as Trafalgar Place.

• The CitizenM London Bankside hotel is a finalist in the best new hotel category at the MIPIM Awards.