Works to install segregated cycle lanes on Westminster Bridge and to change the road layout at the junction of Lambeth Palace Road, York Road and Westminster Bridge Road will begin on 29 March, Transport for London has confirmed. 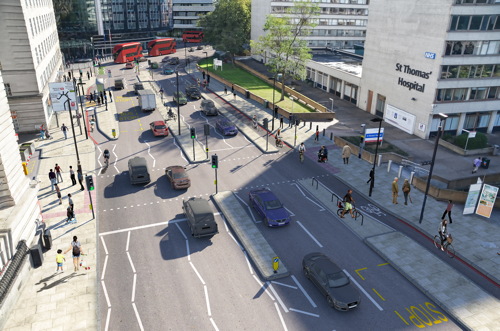 TfL's plans attracted opposition from NHS bosses at St Thomas' Hospital who were concerned that patients would struggle to cross the cycle lane to reach the bus stops outside the hospital.

In response, TfL has agreed to install zebra crossings between the pavement and the bus stop island.

Work will continue until early 2018.