Transport for London is to carry out a safety study on the southern junction at Elephant & Castle, six years after the roundabout and pedestrian subways were replaced by traffic lights and surface-level crossings. 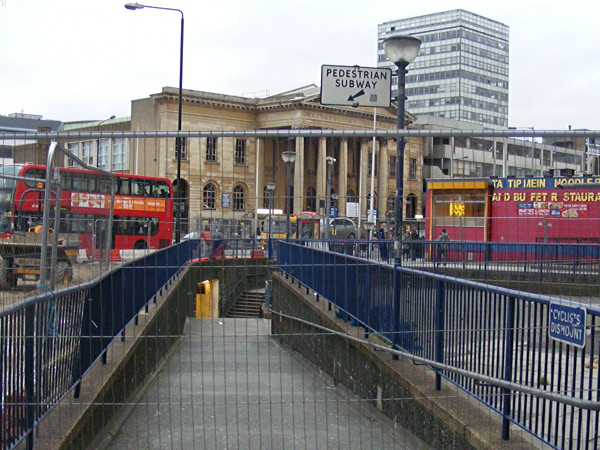 The southern junction pictured in 2011 during the major roadworks

The junction of Walworth Road and Newington Butts at Elephant & Castle is one of 19 intersections in the capital where TfL says that new safety studies will be carried out.

The layout of the junction was changed in 2011 when the previous roundabout was replaced by a signal-controlled junction with surface-level pedestrian crossings.

Walking and cycling commissioner Will Norman said: "It's vital that we target the most dangerous junctions across London if we are to improve our roads for pedestrians and cyclists. That's why I asked TfL to identify these junctions and why we're now analysing them in detail to ensure that we are doing all we can to make them safer. This work will allow us to drive forward improvements and be repeated each year to ensure that our work is making a real difference to the capital's roads."

Other junctions where TfL has already earmarked funding for improvements include the Waterloo City Hub scheme around the BFI IMAX and the junction of New Kent Road with Harper Road.

Earlier this year TfL confirmed that it is also reviewing the major changes to Elephant & Castle's northern junction a year after the new layout was introduced.