Labour's Kate Hoey has been re-elected as MP for Vauxhall - with an increased majority - despite a high-profile anti-Brexit campaign by the Lib Dems. 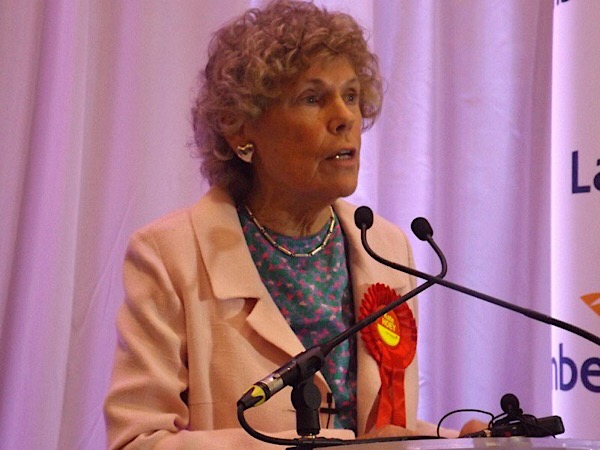 The result was announced just before 4am on Friday by acting returning officer Sean Harriss. There were loud cheers as the voting figures for first Kate Hoey and, at the end of the list, George Turner were read out.

"Thank you to my opponents," said Kate Hoey who was suddenly met with jeering and shouts of 'Farage' when she appeared not to namecheck Liberal Democrat George Turner who came second.

"I am very very honoured," she added above the noise.

The MP-elect praised her party leader Jeremy Corbyn and described the Labour campaign as a positive.

Referring to the conflict of her Brexit view with the local vote in the referendum, she said: "We will make sure that all our EU citizens are allowed to stay."

She added: "The people of Vauxhall want to move on and I am delighted that I shall have the opportunity to serve them in the next Parliament."