Mayor of London Sadiq Khan came to Borough Market on Wednesday morning to witness the reopening of the market after a 10-day shutdown in the wake of the terrorist attack that killed 8 people. 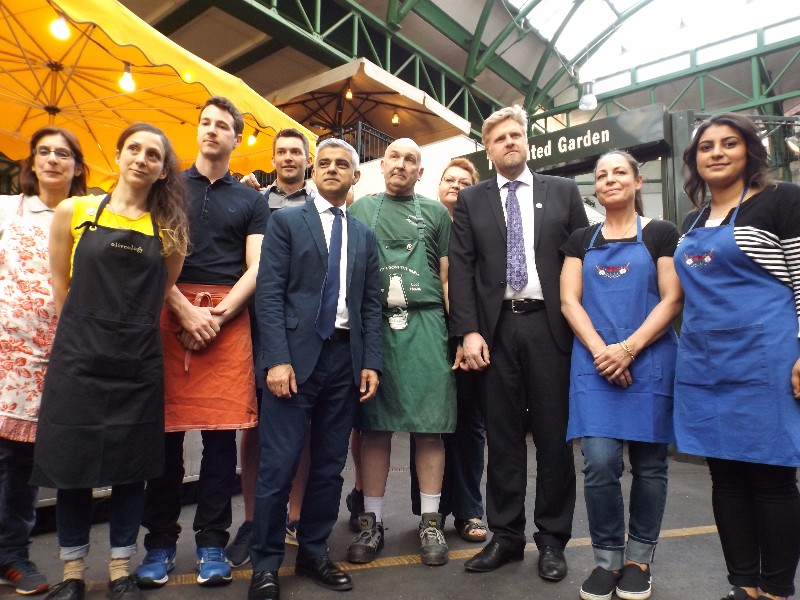 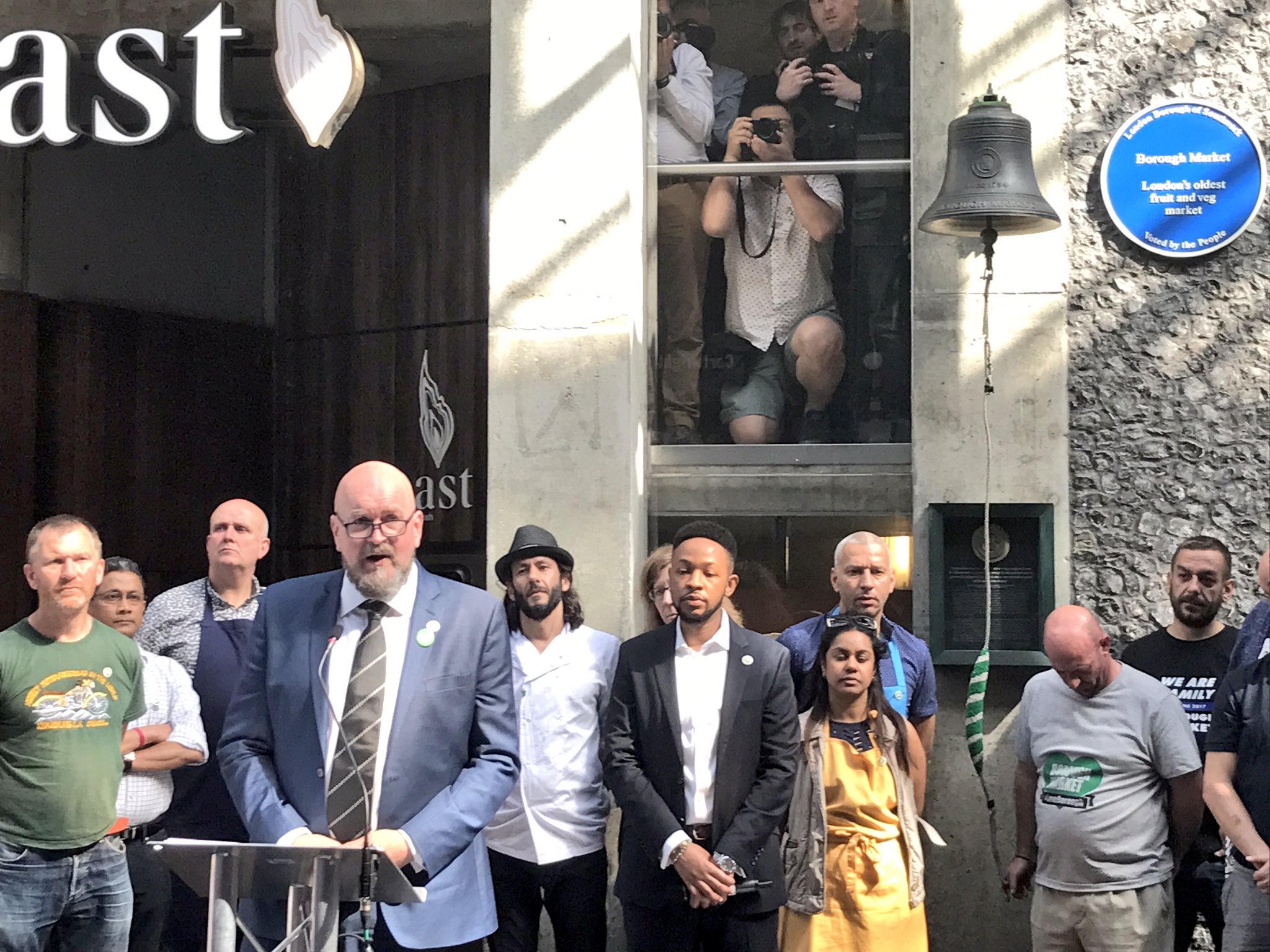 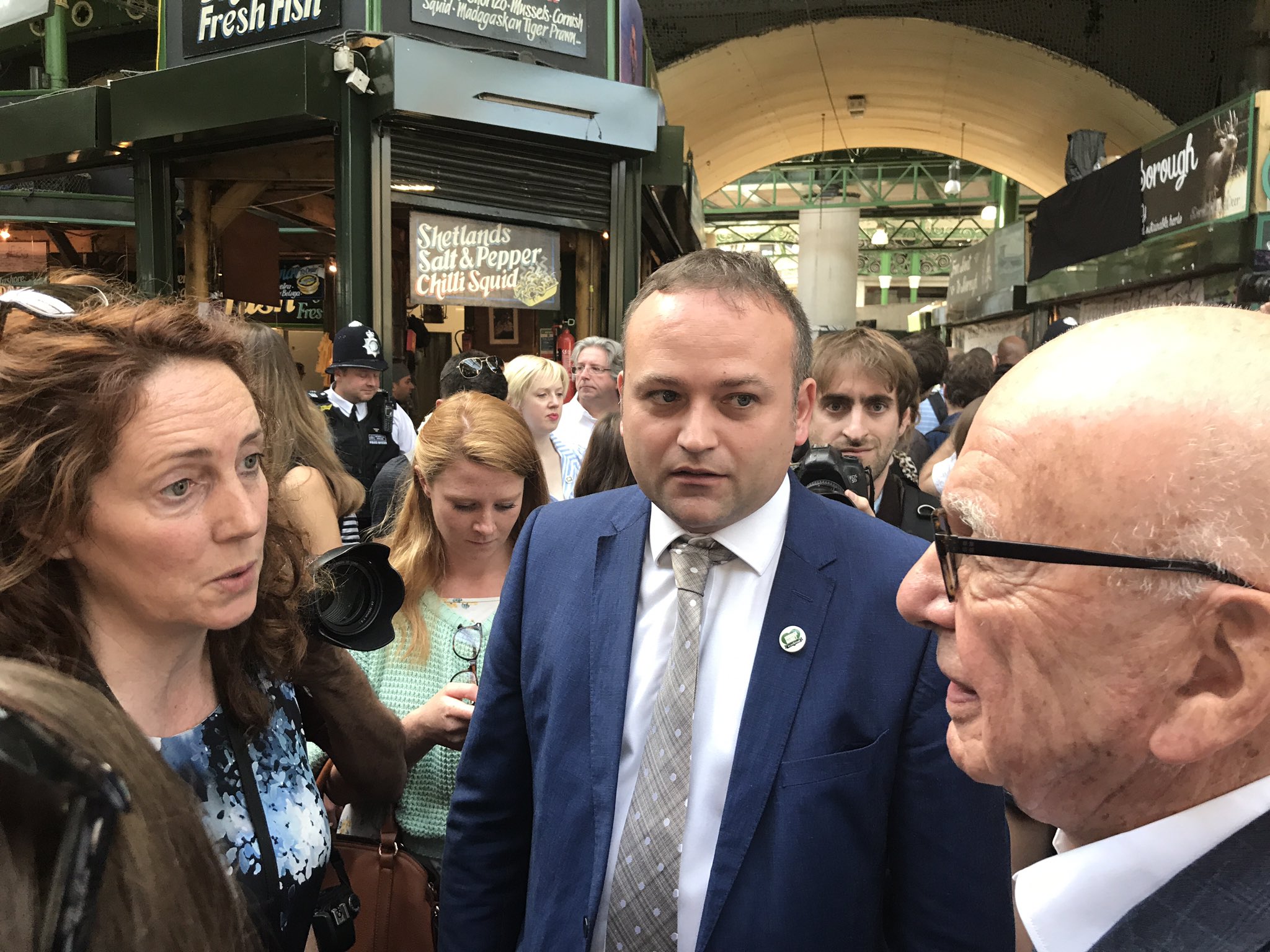 Neil Coyle MP meets Rupert Murdoch and Rebekah Brooks of News UK, whose offices were on the edge of the police cordon 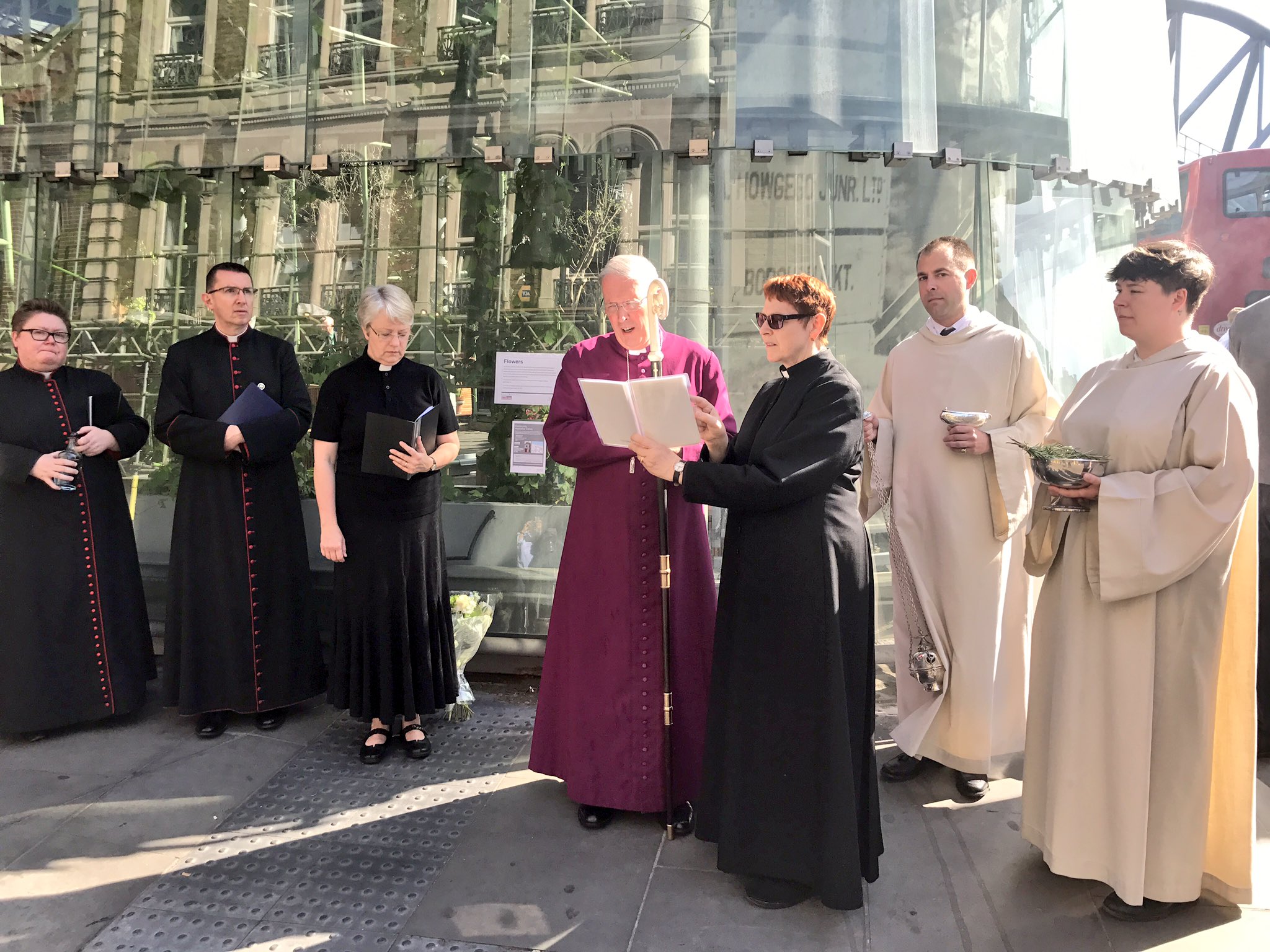 Borough Market chair of trustees Donald Hyslop led a minute's silence to remember the victims of the attack.

After a performance by Southwark poet Suley Muhedin, fruit and vegetable trader Paul Wheeler rang the market bell to signal the resumption of trade.

Southwark Council leader Peter John and Bermondsey & Old Southwark MP Neil Coyle were among those present to witness the occasion.

Rupert Murdoch, proprietor of News UK, and chief executive Rebekah Brooks – based near the market at The News Building – also joined the crowd.

The market bell was installed four years ago and inaugurated by the Prince of Wales and Duchess of Cornwall.

Borough Market will hold extra trading days on the next two Sundays as businesses try to recover from the extended shutdown.

Earlier in the morning the Bishop of Southwark, Rt Revd Christopher Chessun, led clergy from Southwark Cathedral around the newly reopened streets to say prayers and spread incense and holy water around the market to "re-hallow" the places where the terrorists had attacked.

On Friday the Archbishop of Canterbury will preach at a Service of Hope at Southwark Cathedral, to be attended by victims of the London Bridge attack, their families and emergency services personnel who responded to the incident.

Another service – intended for the wider local community – will be held on Friday 23 June at 2pm.