Business minister Margot James has agreed to meet Borough Market traders whose livelihoods have been affected by the recent terrorist attack. Ms James's commitment came in response to a question tabled by Neil Coyle MP. 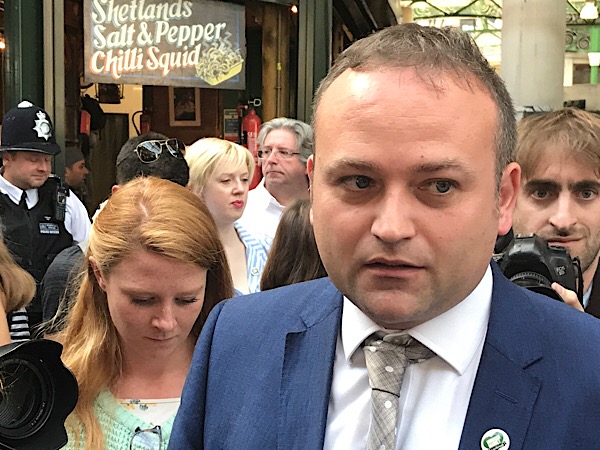 Bermondsey & Old Southwark Labour MP Neil Coyle tabled a question to business secretary Greg Clark urging him to meet Borough Market traders "to discuss their business needs in the aftermath of the recent terror attack which forced those businesses to close temporarily".

The question was answered by junior minister Margot James who said: "It is important that local traders are adequately supported in the aftermath of this tragic event.

"I will be happy to meet with Borough Market traders whose businesses have been forced to close temporarily in order to discuss their business needs going forward."

Mr Coyle also pressed the Treasury over delays to insurance payouts for local businesses affected by the terror attack and the ten-day shutdown that followed.

Stephen Barclay, chief secretary to the Treasury, replied: "Following discussions with the Metropolitan Police, the Treasury has formally certified the London Bridge attack as an act of terrorism, following an established legal process.

"This is a necessary step before any claims can be made on the terrorism reinsurer, Pool Re.

"The Treasury recognises the urgency of responding to requests for certification and treats this as a matter of priority."