The Blavatnik Building at Tate Modern is featured in a new set of postage stamps issued this week by Royal Mail, as the latest stats show that the gallery brought a record-breaking 6.4 million visitors to Bankside last year. 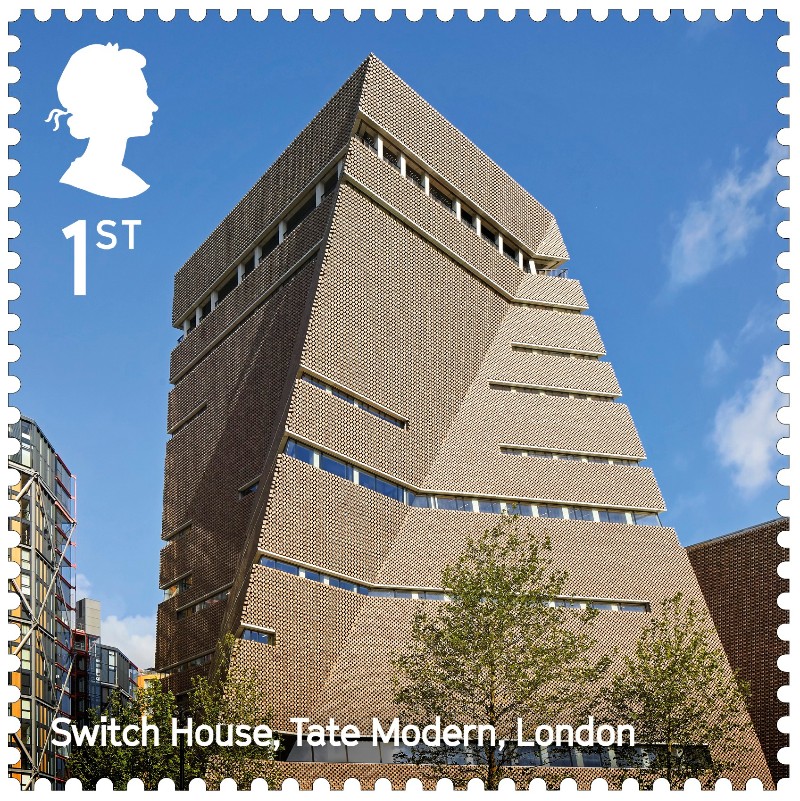 "Since it opened last year, the Blavatnik Building's award-winning architecture has transformed the way people experience Tate Modern and has given us beautiful new spaces to show art from around the world."

One strip of five pictures the London Aquatics Centre, the Library of Birmingham, the Scottish Exhibition Centre in Glasgow, the Scottish Parliament in Edinburgh, and the Giant's Causeway Visitor Centre in Northern Ireland.

Shown on the other strip are the National Assembly for Wales in Cardiff, the Eden Project in Cornwall, Liverpool's Everyman Theatre, IWM North in Manchester and Tate Modern's Blavatnik Building.

Tate Modern's extension was known as the Switch House when it opened last summer but this year it has been renamed as the Blavatnik Building after Sir Len Blavatnik, the Soviet-born tycoon whose family provided the "lead donation" for the construction of the building.

New figures published this week show that Tate Modern attracted 6,393,865 visitors in 2016, putting it neck and neck with the British Museum in the contest to be the UK's most popular visitor attraction.

• The new stamps are available at www.royalmail.com/landmarkbuildings and 7,000 Post Offices across the UK.