50% on-site affordable housing would be viable at 18 Blackfriars

The Malaysian developers of a prominent site on Blackfriars Road could viably provide 50 per cent on-site affordable housing, an independent assessment has shown. At present 61 social rented homes and 227 homes for private sale are proposed. 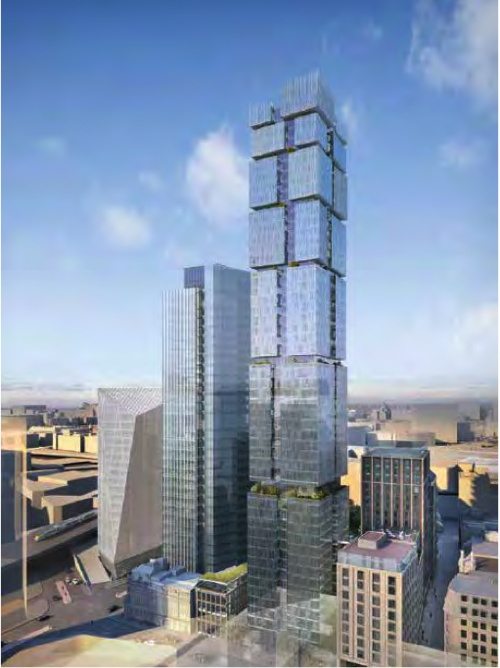 This Wednesday Southwark's planning committee will consider plans for a major mixed-use development known as 18 Blackfriars by Malaysian-owned firm Black Pearl. The scheme includes the second tallest tower in SE1 after the Shard.

Under the plans to be put to councillors, 61 homes to be let at social rents are proposed along with 227 private homes.

A further 35 affordable homes would be funded by the developer on a site off the Walworth Road, 1.2 miles away from the luxury flats and in a different postcode area.

Black Pearl proposes to 'top up' the affordable housing provision with a Ł1.6 million in-lieu payment to Southwark Council.

However, an independent viability assessment of the 18 Blackfriars scheme – commissioned by Southwark Council and carried out by GVA – shows that Black Pearl could afford to offer 50 per cent of the homes in the development as affordable housing and still make a decent profit.

GVA suggests that Black Pearl could convert some of the proposed private homes to intermediate tenure (eg shared ownership) but that providing extra affordable rent or social rented homes would require separate entrances, lifts and stairs.

The report – by GVA's Beckie Hunt – notes: "Although we demonstrate that 50 per cent affordable housing can be provided on site by adding intermediate units to the tower, this may not be a desirable outcome for the council.

"If the council would instead prefer a monetary sum towards off-site affordable accommodation, which the council could use to provide units for both affordable rent, as well as intermediate, we conclude that the off-site delivery payment already proposed by the applicant could be more than doubled to a total in excess of Ł19,880,000."

The publication of the 18 Blackfriars viability report comes days after Labour and Lib Dem councillors clashed over the provision of on-site affordable housing in new developments in north Southwark.

Answering a question from Cllr David Noakes (Lib Dem, Cathedrals ward) at council assembly last week, Labour council leader Peter John accused the opposition party of having a "fetish" about providing affordable housing on the same sites as upmarket private schemes when building off-site could mean more homes are constructed over all.

• The full GVA viability report is available to read on the Southwark planning case file.

• We hope to offer a live webcast of Wednesday's planning committee meeting; check the @SE1 Twitter account from 5.30pm for details of the stream.