New plans for homes, offices and a hotel on a major development site at the junction of Blackfriars Road and Stamford Street have emerged this week. 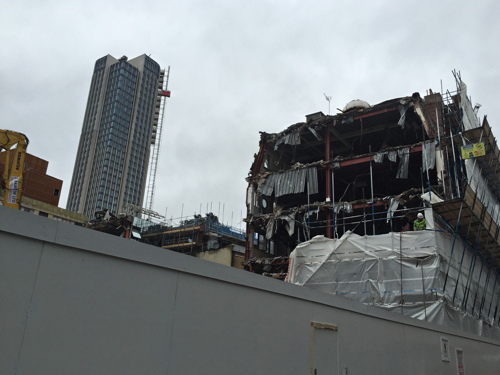 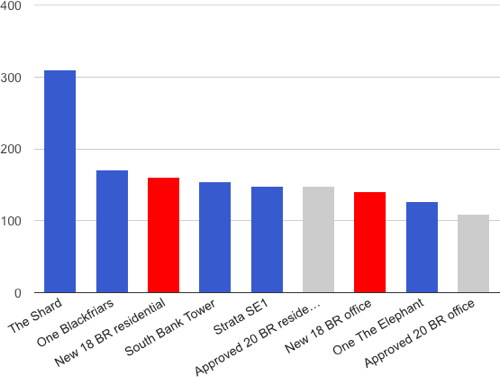 Chart showing how the proposed new towers at 18 Blackfriars Road (in red) compare to other high-rise SE1 developments. The consented but unbuilt plans for the same site are shown in grey for reference.

Last year a Malaysian joint venture called Black Pearl acquired Blackfriars Limited – the Jersey-based company which owns the complex of buildings to the north and west of Christ Church Southwark – in a Ł114 million deal.

The site has been largely dormant for the last six years since plans for a 42-storey residential tower and 23-storey office tower were approved by the then communities secretary Hazel Blears.

Two public exhibitions of the new owner's plans were be held at Oxo Tower Wharf this week, but these events have now been postponed.

Documents submitted to Southwark Council last week reveal that Black Pearl is proposing around 337 homes at the site, up from 286 in the consented scheme.

An 11-storey hotel with around 310 bedrooms is proposed to be constructed alongside the Mad Hatter.

The main office building would be to the north of Christ Church Southwark on Blackfriars Road and be up to 141 metres AOD.

The former Sainsbury's headquarters buildings on the site are currently being demolished.

• updated 10 November due to postponement of public exhibitions

What do you think of these proposals?