Bye-bye to the Blackfriars banger: sausage factory pulled down

One of the last surviving elements of the once-extensive Sainsbury's headquarters complex in Stamford Street is being demolished. 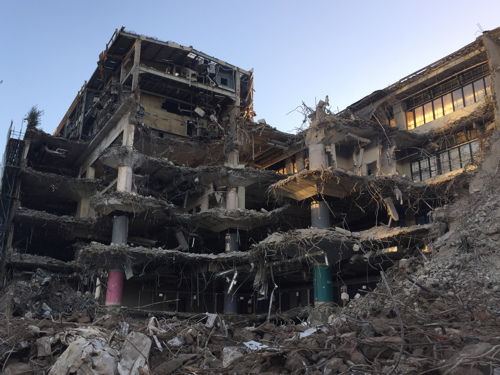 Rennie House was once Sainsbury's factory for sausages and meat pies 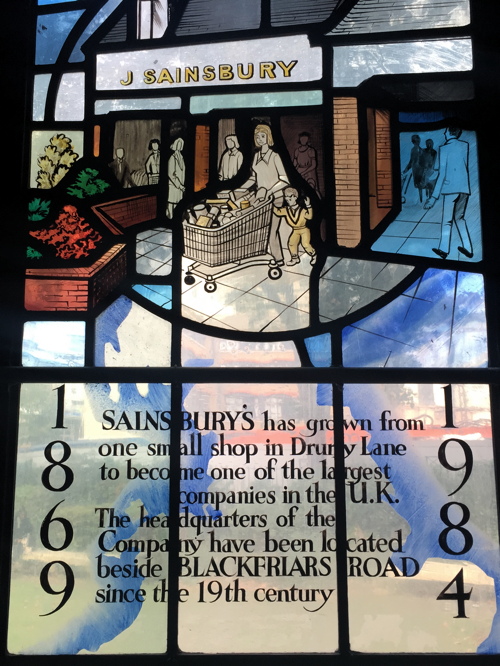 Black Pearl – the Malaysian joint venture company that owns the site known as 18 Blackfriars Road – is currently demolishing Rennie House on the Paris Garden site of the site.

Built as a sausage and pie factory in the 1930s, the building was turned into offices in the 1970s. Sainsbury's moved out in 2002.

Designed to accommodate 700 workers during one shift, the factory could hold 2,100 workers a day over three shifts.

In a recent article for Building Design, Rappaport described how the building was organised:

"The basement held the curing cellar, storage, pigs’ heads and brisket boning, the boiler room, and a paternoster elevator that ran on pulleys in a circular motion. The ground-floor loading bay spanned the full 26m width of the building. There, pig carcasses and raw goods were unloaded and moved to the upper floors by lifts, and final goods were sent down for packaging via lifts and gravity chutes. The fourth floor housed the meat kitchen, and the third floor was the Holy of Holies. It featured a seasoning room for storing garden-grown fresh herbs, as well as ovens and grinding machines.

"The second floor, with its mechanised overhead conveyance system, contained the butchering and sausage-making areas, with chopping machines down the centre of the floor. The meat parts went on to racks and were packed into flats and cut into sections for pies and sausages.

"The first floor housed the packaging, offices and cooling areas for sausages and steak-and-kidney pies. The annex housed the dough and flour storage. Completing the processing loop, the ground floor received the return of parts, including the fat and bones that went to the first-floor annex and tanks for the fat to settle. The annex also contained smokehouses and tanks for sausage cooking. The processing used the full verticality of the building, beginning at the bottom and looping down to the first floor again for waste."

The demolition of Rennie House leaves the Colombo Centre – formerly the Sainsbury's canteen – as one of the last remnants of the supermarket chain's local presence.

Tress House – for a while home to the Sainsbury's internal audit department – also lives on as The Mad Hatter hotel and pub.

The company's significant presence in the area is recorded in the stained glass windows at Christ Church Southwark.

Black Pearl's future plans for the site remain shrouded in mystery after the company scheduled – and then abruptly cancelled – a public exhibition last year.

Goldis Berhad – one of the partners in Black Pearl – had this to say in its most recent annual report: "Our mixed-use development project in London – 18 Blackfriars – is ongoing. Demolition works which started last year is targeted to be completed by the fourth quarter of 2016. Applications for planning are currently under way.

"The development concept currently encompasses high rise offices, a hotel, residential units, as well as a small number of retail spaces, though these components are subject to change as we move through the planning process.

"Based on the current design, the total gross floor area of the development is 1.3 million sq feet, which includes a 3 level basement.

"The gross development value is estimated at Ł1 billion."