An alleyway at Elephant & Castle has been renamed in honour of the Ecuadorian scientist Pedro Vicente Maldonado. 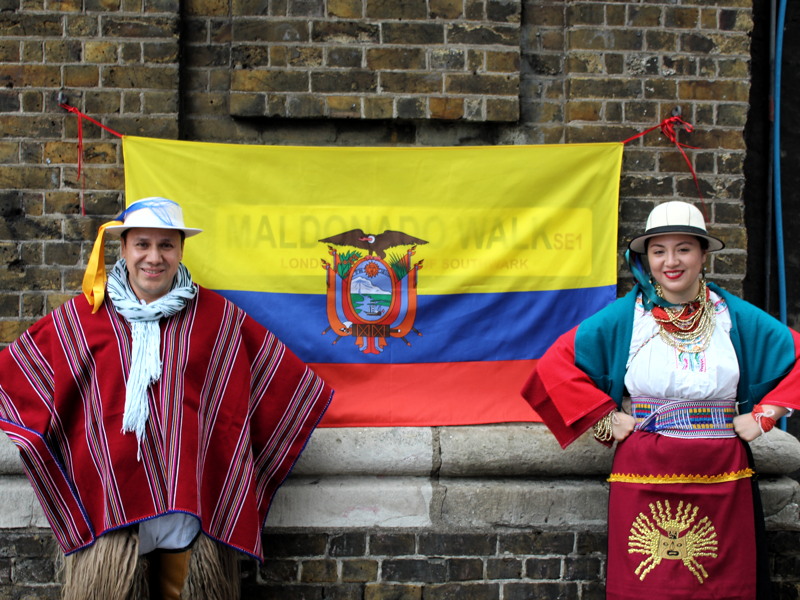 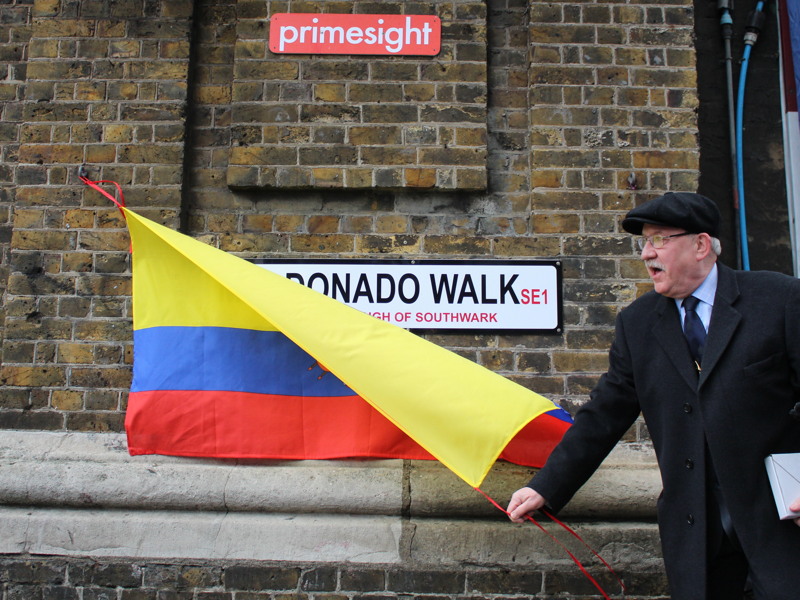 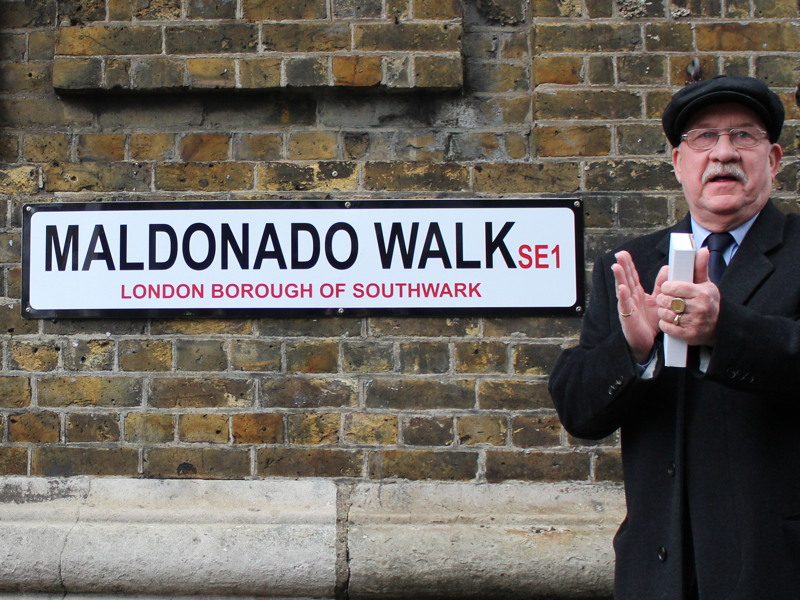 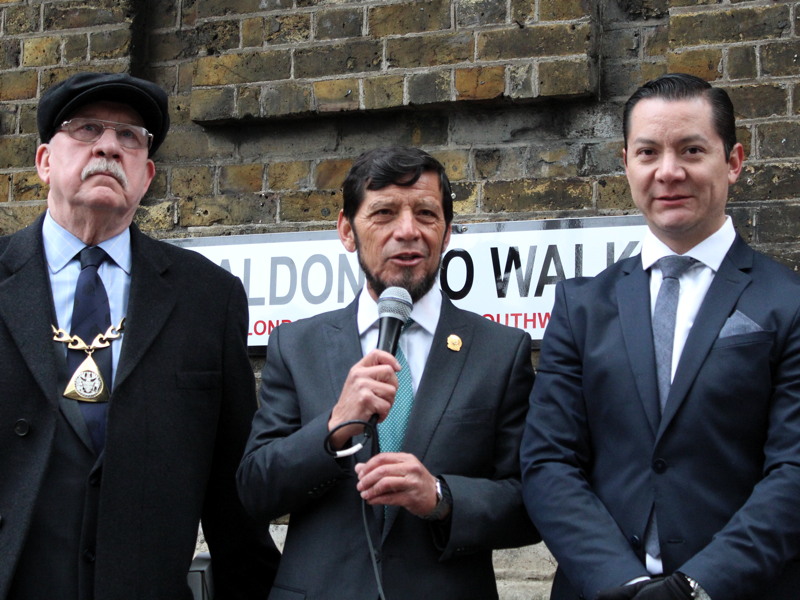 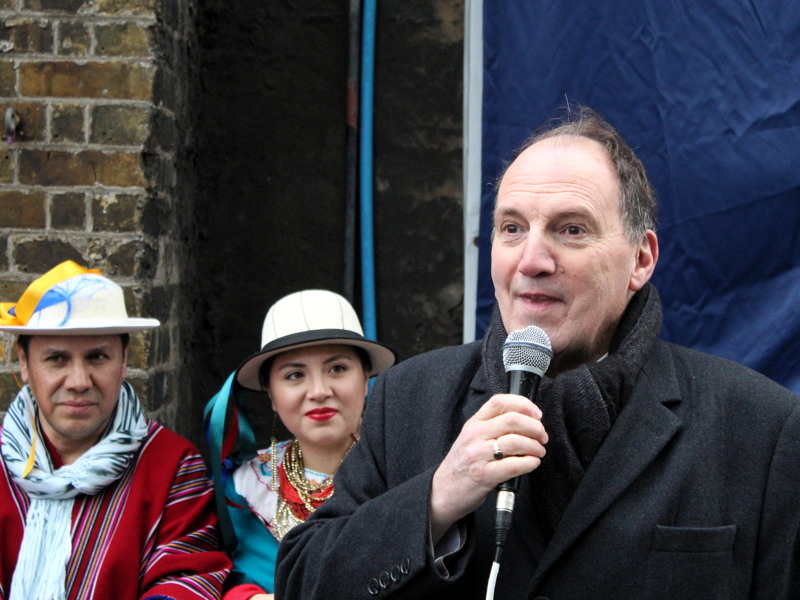 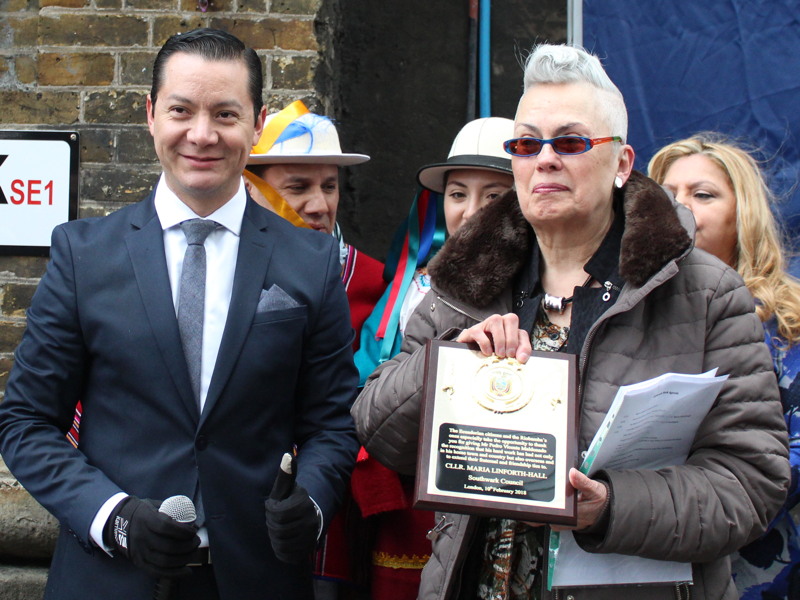 "It's my great pleasure to be here today to unveil this plaque for a great man," said Mayor of Southwark Cllr Charlie Smith who performed the ceremony to mark the renaming of Eagle Yard as Maldonado Walk.

Pedro Vicente Maldonado – born in the city of Riobamba – was a physicist, mathematician, astronomer, topographer, and geographer who died unexpectedly in London in August 1748.

He is buried at the church of St James's Piccadilly where a plaque in his honour was unveiled in 1983.

Members of the Cruz family from Riobamba approached Cllr Maria Linforth-Hall – herself of Ecuadorian origin – and together then went to see the then Mayor of Southwark Cllr Dora Dixon-Fyle to explore the idea of commemorating Maldonado somewhere in Southwark, home to one of London's largest Latin American communities.

Dr Israel Cruz, a member of Ecuador's national assembly, and his son Juan Pablo Cruz, a councillor in the city of Riobamba, attended the ceremony on Saturday morning.

Dr Cruz told the assembled guests that Southwark's decision to name a street after Pedro Vicente Maldonado would be a source of pride not just for Ecuadorians, but for Latin Americans all the way from Mexico to Patagonia.

Maldonado Walk runs along the west side of the railway arches between the Strata SE1 tower on Walworth Road and the Crossway Christian Centre on Hampton Street.