How Keats' life and work in Southwark influenced his poetry

A new book - John Keats and the Medical Imagination - brings together key talks given at Guy's Hospital. 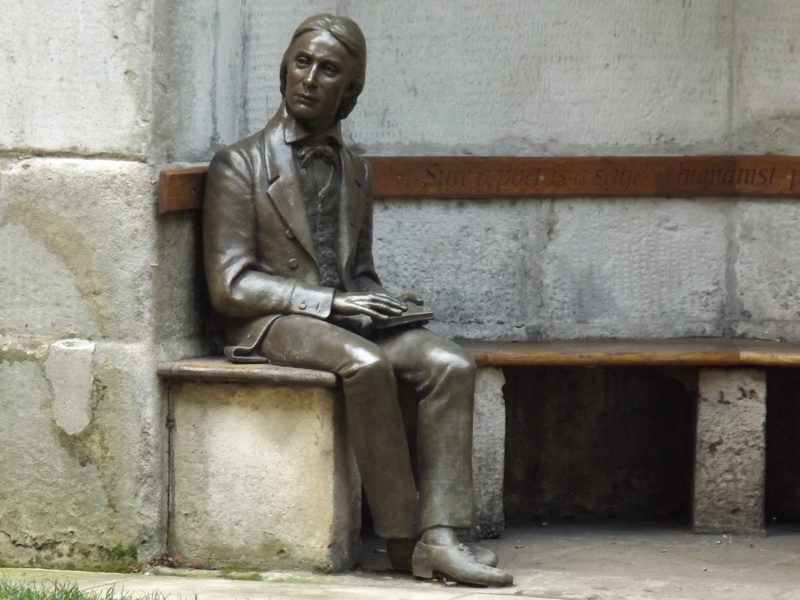 The statue of John Keats at Guy's Hospital

The occasion was the Keats Foundation Bicentenary Conference held in 2015 and attended by scholars and Keats experts from the UK, Australia, New Zealand and America.

The theme was 'John Keats: Poet-Physician, Physician-Poet', to mark 200 years since medical student and future poet John Keats had enrolled at Guy's in October 1815.

The new research in the ten-chapter book edited by Nicholas Roe is likely to be an important addition to Southwark history.

The work opens with John Keats arriving at his student accommodation at 8 St Thomas Street where his landlord was a tallow chandler.

A recurring theme in the book is how Keats' experiences at Guy's and in the Borough from 1815 to 1816 influenced his later poetry.

It is suggested that the poem Ode to Psyche points to Keats having known the infirmary at Surrey Gaol in Harper Road, now covered by Newington Gardens, where Shelley's friend Leigh Hunt had been imprisoned for insulting the Prince Regent.

This was just before Keats' arrival and among those who came to visit the prisoner were Lord Byron, William Hazlitt and Charles Lamb. Hunt's poem The Story of Rimini was written during his time in Southwark.

As a medical student Keats was faced with numerous cases of asthma, whooping cough and syphilis. In his second year he saw a patient who had fallen from his horse.

Keats was duty surgeon in 1816 when a woman called Jane Hull was brought in with gunshot wounds to the back of her head. She had been attacked whilst visiting a pub at Locks Fields, on the north side of Rodney Road.

Police from Union Hall in Union Street attended the crime scene and the hospital. 'Mr Keats, one of the Surgeons' gave evidence at the enquiry.

Another student lodger at 8 St Thomas Street was Henry Stephens who eventually became a GP in Stamford Street where he invented modern ink known as Stephen's Ink.

It is thanks to Stephens that we know about Keats' tendency to "scribble some doggrell rhymes" during lectures whilst others took notes.

Stephens witnessed the moment in Southwark that Keats turned from medicine to being a full-time poet.

One of their teachers was James Curry whose book Observations on Apparent Death from Drowning, Hanging, Suffocation by Noxious Vapours, Fainting-Fits, Intoxication, Lightning, Exposure to Cold etc had just been published by a nearby St Thomas Street bookseller.

This year Babington's is celebrating its 125th anniversary.