Southwark councillors have turned down plans for a 220-room hotel in Blackfriars Road, arguing that the proposal didn't meet local planning policy and that visitor accommodation in the area had reached saturation point. 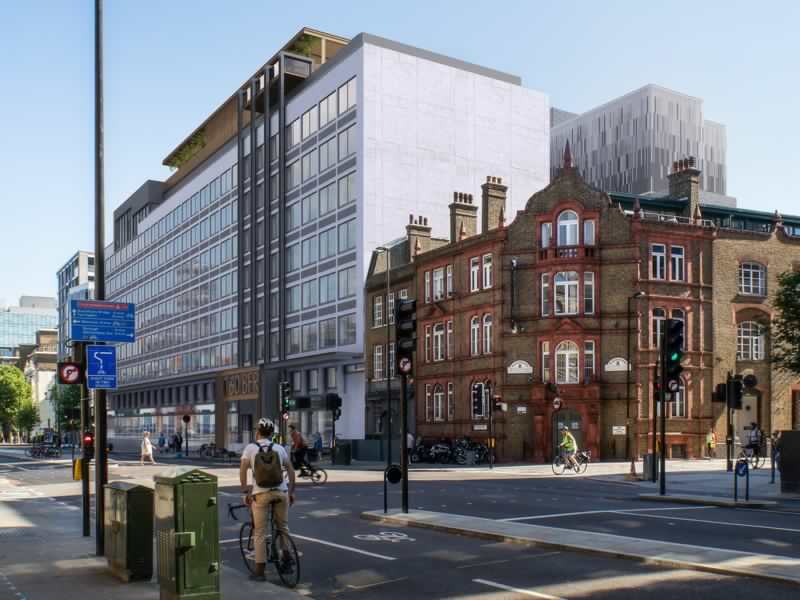 On Tuesday night Southwark's planning committee voted by seven votes to none – with one abstention – that planning permission should be refused for a proposed 10-storey 'lifestyle hotel' in the vacant car park at the rear of the 160 Blackfriars Road office block.

The decision is a blow for developers Endurance Land, just days after Hong Kong's Nan Fung Group acquired a majority stake in the firm.

Formerly known as Friars House, 160 Blackfriars Road was refurbished in 2003 and acquired by Endurance Land two years ago in a £62 million deal.

The scheme – designed by EPR Architects – includes the creation of a 220-room hotel on the surface car park behind the office building, and a new rooftop "chill-out terrace" for office tenants.

Introducing the application, senior council planner Yvonne Lewis told the committee that "Southwark is now a major tourist destination and it is reasonable to assume that hotels would form part of that tourism infrastructure", adding that recent research shows that the borough hosts that just four per cent of hotel bed spaces in the capital.

Questioned by councillors about the proliferation of hotels in SE1, Ms Lewis said: "In my view Bankside remains very vibrant with a very healthy mix of uses."

Committee members were also concerned about the fact that 20 per cent of the rooms in the hotel will have no windows, to which Ms Lewis conceded that the proposed hotel is "not necessarily something I'd choose if I was going on holiday".

The meeting heard from residents of Valentine Place, Globe View House and Sharpley Court who spoke in opposition to the application, raising concerns about the high number of hotel developments in the areas, as well as daylight and parking issues.

Andrew Hewitt of the Globe View House Residents' Association pointed out that there are already 25 hotels within a half-mile radius with another 11 in the pipeline.

One resident of The Priory on Webber Street addressed the committee in support of the planning application, noting that she had found the developers very responsive to her questions about the scheme.

For the applicant, Oliver Sheppard of consultants DP9 said that the proposed hotel would be "a further regeneration episode in the Blackfriars Road and South Bank story".

Mr Sheppard told councilors that hotel guests were expected to spend around £6.7 million a year at local businesses and that the scheme would create 116 jobs.

Urging the committee to reject the proposal, Borough & Bankside ward councillor David Noakes said that there was "clear evidence that there is an overdominance of hotels in SE1" and noted that the borough had already met its target for new visitor accommodation for the period until 2026.

He also pointed to the new policy currently being enacted in adjacent Lambeth which calls for a moratorium on new hotels in the Waterloo area.

A motion to refuse the planning application was moved by Cllr Adele Morris and supported by six of her fellow committee members.

In formulating reasons for refusal, Cllr Morris argued that a hotel was not an appropriate use for the land, with the site not being designated for such use in either the emerging Southwark Plan or the Blackfriars Road Supplementary Planning Document (SPD).

She also argued that the hotel was taller than the guidance in the SPD, that the scheme represented overdevelopment, and that the new building would overshadow Friars Primary School.

Legal officer Jon Gorst warned committee members that they faced the risk of a successful appeal by the developer and the prospect of an award of costs against the council.

Director of planning Simon Bevan cautioned councillors that "there was a strong risk of the decision being turned over," and described some of Cllr Morris's suggested reasons for refusal as "extremely questionable".

The planning application will now be referred to the Mayor of London who will have the option to 'take over' the decision-making if he disagrees with the committee's view.