Hundreds of firefighters from around the UK processed across the Millennium Bridge last Saturday to Southwark Cathedral as part of the centenary celebrations for the Fire Brigades' Union. 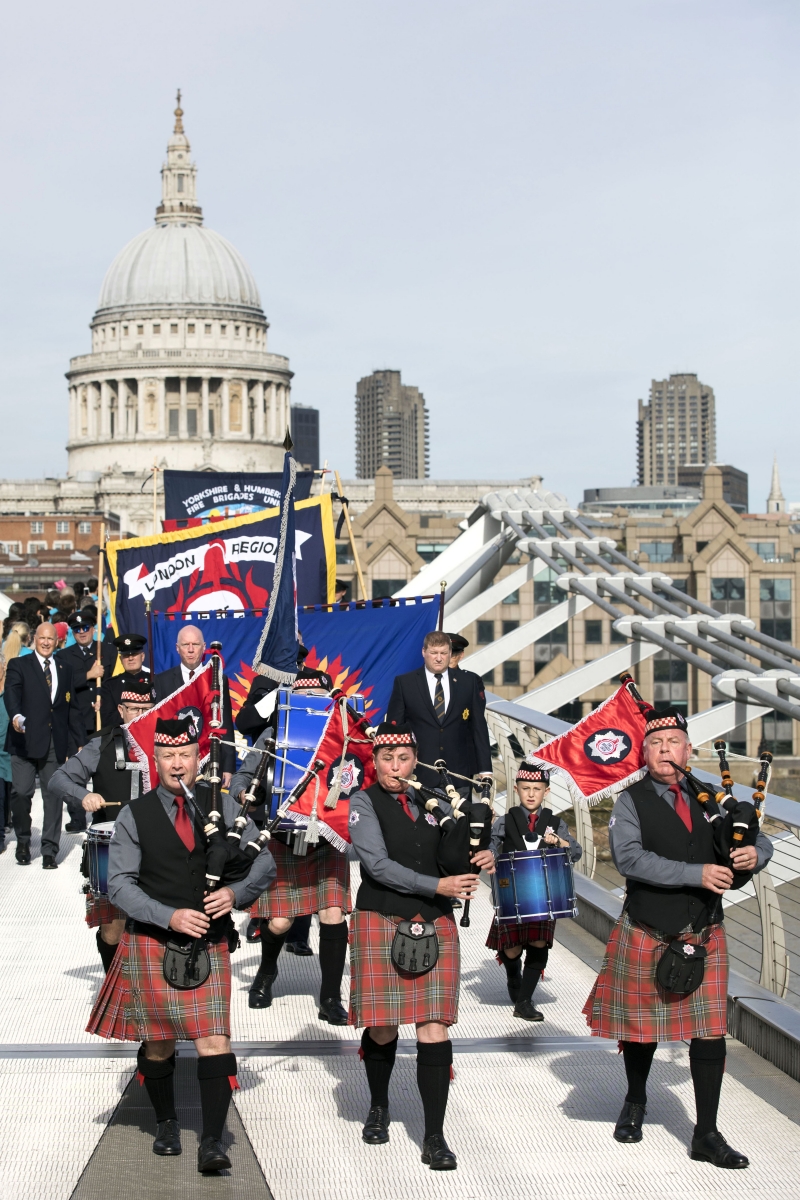 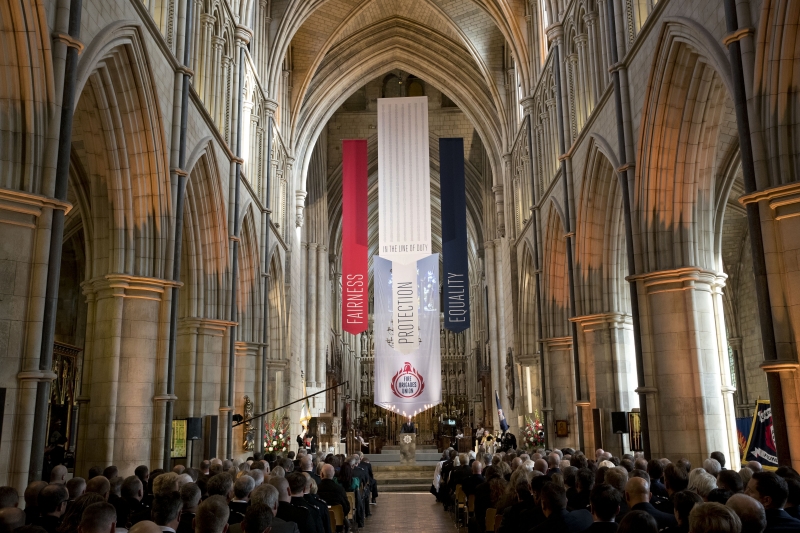 The day began with a wreath-laying ceremony at the National Firefighters' Memorial outside St Paul's Cathedral.

More than 50 wreaths were laid in memory of fallen firefighters representing every fire service in the UK.

Banners from union branches across the country were carried in procession across the Millennium Bridge from the City to Bankside for a centenary service at Southwark Cathedral.

Labour Party leader Jeremy Corbyn was among those present at the service.

"When our union was first formed firefighters lived on stations, had the most basic protective equipment and were paid less than unskilled labourers," said FBU general secretary Matt Wrack.

"Today's fire service is far from perfect but the improvements we have seen are the result of campaigns run by our members over 100 years.

"In our centenary year, we have been celebrating the work of firefighters who have shaped the modern fire and rescue service and improved the safety of our communities. Reflecting on the experiences of our proud past can guide us in strengthening our union for the future."