After a three year gap, McDonald's has returned to London Bridge with the opening of a new takeaway in railway arch on Tooley Street. 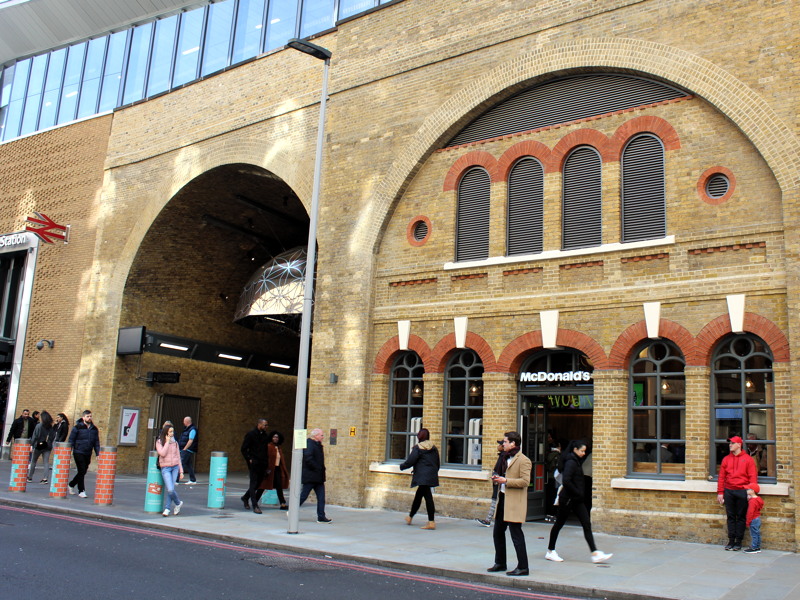 London Bridge Station passengers have been unable to buy a Big Mac since McDonald's at Guy's Hospital closed down in January 2016 to make way for Science Gallery London.

This week the company known worldwide for its 'Golden Arches' logo has opened a branch under the golden brick arches of London Bridge Station.

As we reported last year, the new McDonald's in Tooley Street faced opposition from the police and council officials over plans for round-the-clock opening amid fears of crime and antisocial behaviour.

Last December Southwark councillors approved a licence for late night refreshment ending at midnight Sunday to Thursday and 1am on Friday and Saturday nights.

McDonald's franchisee Capital Arches Group is expected to use temporary events notices to show it can run the premises successfully overnight this year before submitting another application for a full overnight licence later this year.

Councillors also insisted that at least one bouncer is employed after 10.30pm on Fridays and Saturdays.

McDonald's is also required to carry out regular litter picks outside the premises.

The new McDonald's – which has no seating – is located in the arch formerly occupied by by The Cooperage bar at the corner of Tooley Street and Stainer Street.