Mousetraps laid as Tesco at Elephant & Castle shuts for a week

First of all they blamed "technical issues", then "maintenance" and then "an incident beyond our control" - but now Tesco has confirmed that its Elephant & Castle Shopping Centre store is closed for pest control works. 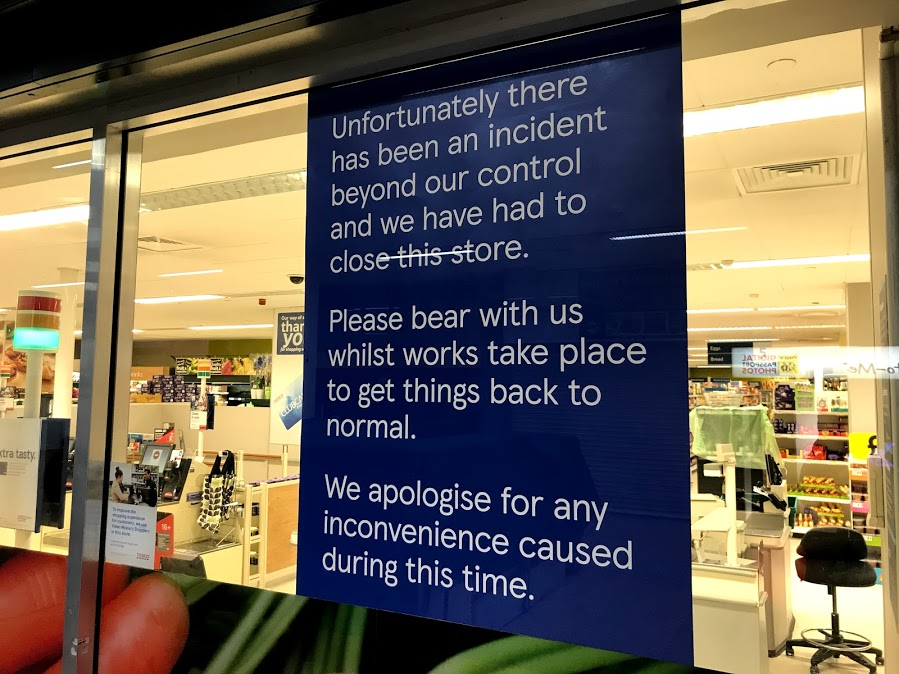 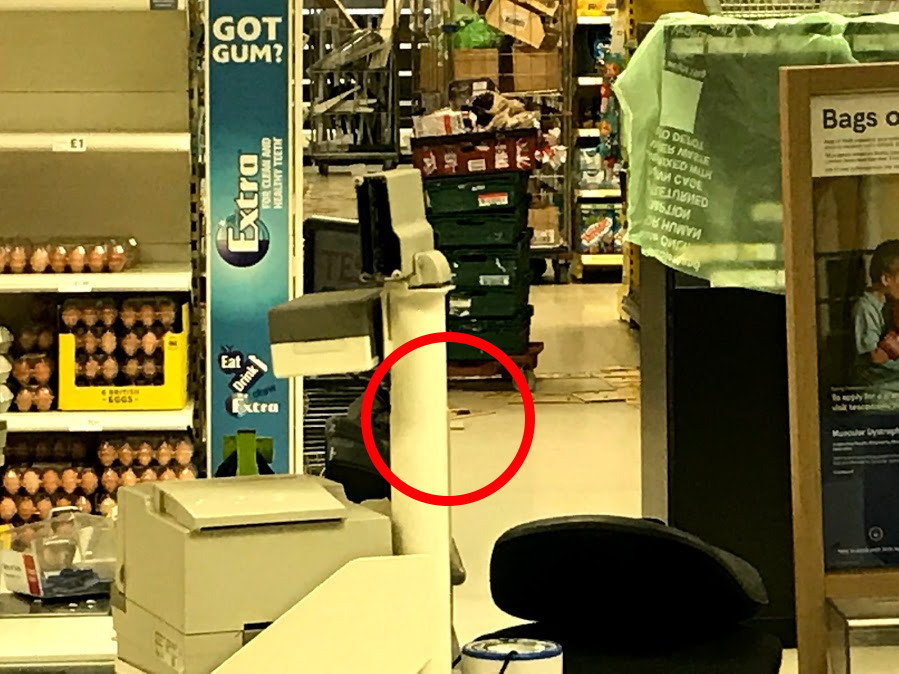 Tesco Metro at the Elephant & Castle Shopping Centre has been closed since Monday 18 March when signs appeared in the shop window apologising for "technical issues".

A few days later new signs were added blaming "maintenance" for the shutdown and giving directions to nearby Tesco Express shops.

Over the weekend larger printed posters were installed in the shop windows telling customers that the company was dealing with "an incident beyond our control".

During the week painters and glaziers have been seen at work in the store.

From outside customers can see that glue traps designed to catch rats and mice have been laid in the bread aisle and under some of the fridges towards the back of the store.

On Monday night we photographed a live mouse writhing on a glue pad in the bread aisle.

Tesco has been a fixture at the Elephant & Castle Shopping Centre since the building opened in 1965, and the store could close for good if the centre shuts this summer for redevelopment.

The SE1 website approached Tesco for comment, and after we published the first version of this story a spokesman told us: "We insist on the highest standards of hygiene in our stores, so as soon as we discovered there was a problem in the area, we took the proactive decision to temporarily close our Elephant & Castle Metro store.

"We are now working together with our landlord and a specialist pest control company to take urgent steps to deal with this problem. We apologise to our customers for any inconvenience caused whilst the store is temporarily closed."

A Southwark Council spokeswoman told SE1 that the authority was unaware of a rat problem at the Tesco Metro store and had not taken any enforcement action itself.

The unplanned closure of Tesco Metro has boosted trade at Iceland in the shopping centre and Sainsbury's in New Kent Road where shelves have been emptier than normal.

• This article was updated on Tuesday 26 March to include Tesco's response.