A charity linked to Guy's Hospital is planning to erect a fence around a garden on the hospital campus to keep out rough sleepers and protect students living in the adjacent accommodation block. 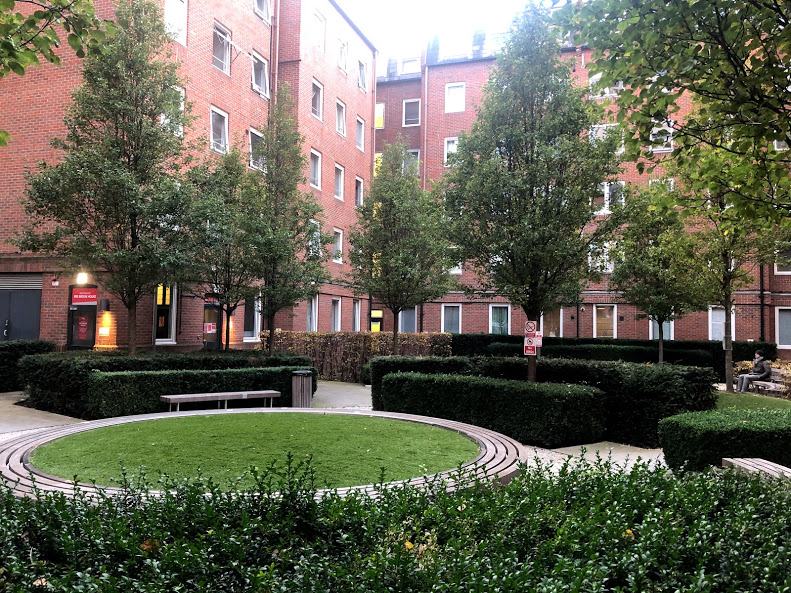 The garden outside the Orchard Lisle and Iris Brook halls of residence will be closed at night to deter rough sleepers and to assuage security concerns after break‐ins and attacks on residents.

Orchard Lisle and Iris Brook provide accommodation to postgraduate students of King's College London, with the buildings owned by Guy's and St Thomas' Charity and managed by Fresh Student Living.

According to documents submitted by Chapman Architects to Southwark Council, "the garden was originally surrounded by a high brick wall, made from engineered bricks with utilitarian metal gates opening out onto the pavement.

"Since then, the garden has been a popular and sunny spot and although a large number of benches were incorporated into the design, it is often difficult to get a seat in the summer months

"Unfortunately, the garden has been an attraction for rough sleepers at night and there have been a number of unpleasant break‐ins and attacks on residents via the garden entrance to the Orchard Lisle and Iris Brook buildings.

"As such, the charity now propose to reinstate a fence in keeping with the new design of the courtyard, and one that still offers a welcome to the landscape during the day."

In 2014 the charity was keen to stress the public character of the garden, urging patients, visitors, staff and students to seek out the 'green oasis'.

Although Guy's and St Thomas' Charity is now independent of the NHS foundation trust of the same name, it is the successor to the historic funds and endowments linked to the two hospitals.

According to a report published by City Hall this summer, rough sleeping in the capital has hit a record high, with 8,855 people recorded as bedding down on the capital's streets last year.