Peter John: are builders ‘key workers’? Can they work safely?

Southwark leader Peter John says the council will 'urgently review' whether construction should continue on its building sites during the COVID-19 crisis. 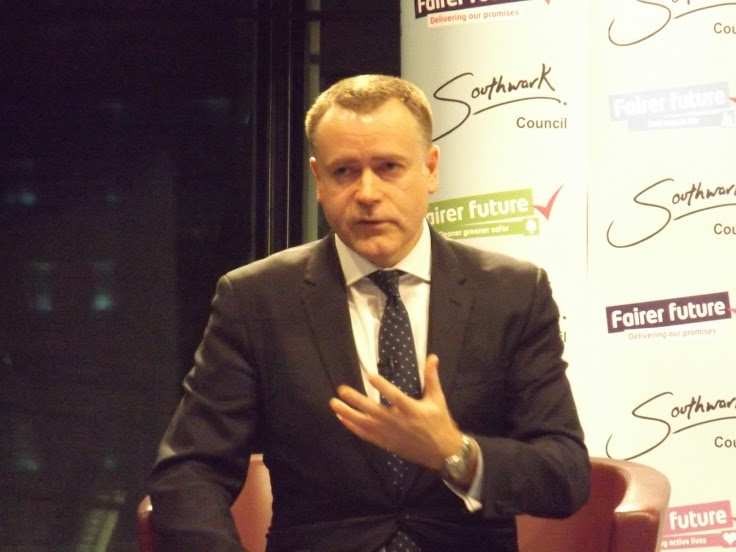 Speaking on BBC Radio London, Cllr Peter John told Vanessa Feltz: "We're in completely uncharted territory. And, as the Prime Minister says, hopefully there is a way through this and we will come out the other side, a bit battered and a bit bruised, but still standing."

Asked about the crowding still being seen on tube trains, he said: "I think there's one issue that the Government needs to address and that is whether they regard construction as essential.

"I think they do at the moment. They think it's still important to the economy. And my guess would be that quite a lot of people travelling in on the tube this morning are working on construction sites – as well as our key workers – so I think the Government needs to decide whether construction is essential."

Of Southwark Council itself, he said: "We've got lots of workers working on our construction sites building new council homes, and we're going to have to take a view as to whether that continues at this time.

"Can we guarantee their health and safety? So I think that's the big challenge."

He added: "Can they work throughout the day keeping a two-metre distance between each other? Probably you can't. If any sites are still working, we will review that urgently today."

He continued: "At the moment the encouragement from Government is to keep construction sites working.

"And I think that's a kind of a flaw in their case at the moment and I think it's putting a real strain on the tube and other public transport systems in our city."

The council leader suggested that the Government should adopt the same list of key workers published last week for schools purposes to determine who should still be travelling to work at this time.

He said: "I think there's a different definition there. I don't know why the Government doesn't just get on and say 'These are the people who need to travel into work' and that of course would exclude those construction workers that I was just talking about."

Cllr John is also chair of the capital-wide organisation London Councils which coordinates the borough-level authorities.

He said: "I should also pay tribute to our council staff across London who are doing some fantastic work at this time to help some of our most vulnerable residents right across London."

On the question of stronger measures to force people to comply with the Government's latest rules, he said:

"This is all about changing people's behaviours and it's not so much about enforcement but just getting the message over that you need to stop doing what you normally do.

"And the sooner that message gets through – the sooner all of the public change their behaviours – the quicker we'll get through this and the less stringent these measures will have to be.

"So I just urge people to take the Prime Minister's advice last night: stay at home, and let's get through this virus as quickly as we can."