Another major development on Blackfriars Road 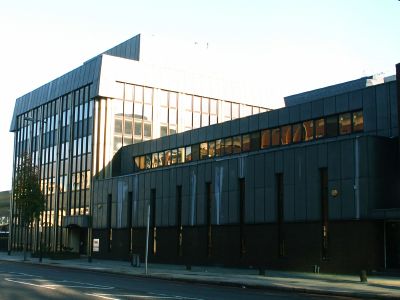 Great Portland Estates plc has acquired the freehold from clients of Royal London Asset Management for a total consideration of Ł11 million of which Ł2.2 million will be deferred for up to 3 years in exchange for a share of development profits.

The 0.4 acre site is situated on the east side of Blackfriars Road, immediately south of its junction with Southwark Street and is currently home to two office buildings totalling 29,400 sq ft. Producing a current annual income of Ł345,000, the majority of the space is let to KPMG until December 2008.

GPE is planning a development of at least 130,000 sq ft net internal area of modern offices with ancillary residential space. The company plans to submit a planning application in late 2006 with an intention to begin construction during 2009, once the KPMG lease has expired.

The Blackfriars Road site is surrounded by major developments – Beetham's proposed 68-storey tower is diagonally opposite, and the buildings on the western side of Blackfriars Road are subject to proposals by Land Securities. To the north, Ludgate House and Minerva House changed hands earlier this year.

In a separate transaction, GPE has agreed to acquire 22/28 Shand Street from Credit Suisse Asset Management for Ł5.1 million. The building adjoins GPE's existing holding at 14/20 Shand Street and is opposite the group's proposed 200,000 sq ft development at Tooley Street, which gained a resolution to grant planning permission on 15 November. 22/28 Shand Street comprises 19,500 sq ft of offices.

"In an increasingly difficult planning environment, Blackfriars Road presents a first class project for the future," said chief executive Toby Courtauld. It is an efficient site, not hindered by neighbouring buildings, where we can provide good open plan floor plates. It also has the benefit of being income producing while we plan for its redevelopment. Shand Street is a sensible buy for us as it will benefit from surrounding development at both Tooley Street and More London giving us healthy rental growth prospects as a result."