Southwark Council's planning committee has deferred a decision on proposals for a 20-storey office block at the northern end of Blackfriars Road amid concerns about the level of section 106 payments proposed by the developer. 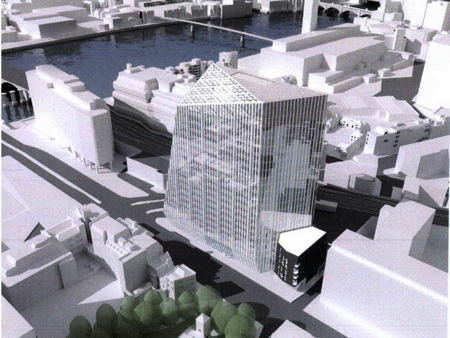 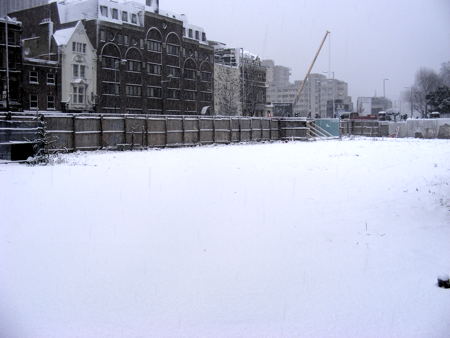 In 2007 Great Portland Estates received planning permission for the 240 Blackfriars Road site. The scheme was put on hold due to the economic downturn although the site was cleared and some ground works were carried out.

The developer has applied to Southwark Council for planning permission for a slightly revised scheme with two extra floors of office space.

The original permission was linked to a section 106 agreement worth nearly Ł1.4 million in contributions to transport, local employment initiatives and affordable housing.

Section 106 agreements provide cash to mitigate the negative impacts of large developments and to help pay for the extra demand they place on local public services.

Great Portland Estates has increased its offer to Ł2.54 million in connection with its revised designs but the sum is still Ł865,000 short of the figure calculated using Southwark's toolkit for section 106 contributions.

The planning committee gave the developer a rough ride at its meeting on Tuesday night.

Planning officer Yvonne Lewis, recommending the grant of planning permission, explained that the proposal was for "high quality offices" at the junction of Blackfriars Road and Southwark Street which is "likely in the future to be one of the focal points for tall buildings in the borough".

She outlined the objections received from residents of Quadrant House in Burrell Street. She said that Quadrant House residents "will undoubtedly notice the difference if this building goes ahead" but the loss of daylight did not exceed guidelines.

Ms Lewis confirmed that the 2007 scheme "remains capable of being built out" but that "no meaningful start has been made on site".

Cllr Nick Stanton said that he didn't see why council tax payers should lose out: "You might well consider that 30,000 square feet of office space also equals handsome profit for developer and therefore one might expect the appropriate section 106 contribution," he said.

He added: "If you want to do business in Southwark then we welcome you with open arms, but you must pay the appropriate tariff … for doing so."

Neil Thompson, portfolio director of Great Portland Estates, told the committee that the company had been "substantial investors in Southwark" for a number of years. Their previous schemes include the development at 160 Tooley Street now occupied by Southwark Council itself.

He added that if planning permission is granted, "we will try to proceed as soon as we can".

He described the revised designs by Allford Hall Monaghan Morris as "a better architectural solution for the site than was previously proposed".

In response to questioning, he said that the development will take just over two years to build and is currently scheduled for completion in the third quarter of 2013.

Mr Thompson warned that if extra cash was demanded by the council, then the site would remain empty for longer: "If you were to ask us to contribute extra money then we would not be able to proceed with this scheme for the time being," he said.

Cllr Robin Crookshank Hilton said that she welcomed the proposals and was prepared to vote in favour of granting planning permission. "I think it would be a benefit to the community to have this [development] in place sooner rather than later," she said.

Other members of the committee – including Labour's Nick Dolezal – were not convinced.

"On the basis of what I've heard tonight I'd be hard pressed to come out of this meeting and tell any ordinary member of the public why it was that you've come away with a section 106 contribution that is Ł865,000 less than the one we would expect with a planning application of this size," said Cllr Stanton.

The committee voted 5-1 in favour of deferring a decision on the application to allow further discussion between council officers and the applicant and to seek further information on why the development might not be viable if a larger cash payment was made.

"We may be a million pounds apart but I'm not sure we're a million miles apart," said Cllr Stanton.