Lambeth Council has established a dedicated parking bay for car club vehicles in Waterloo as part of a bid to encourage alternatives to private car ownership. 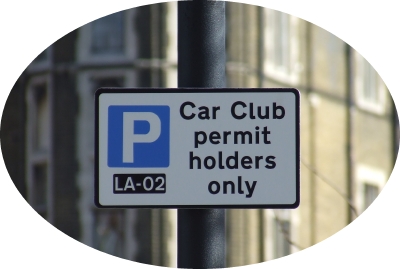 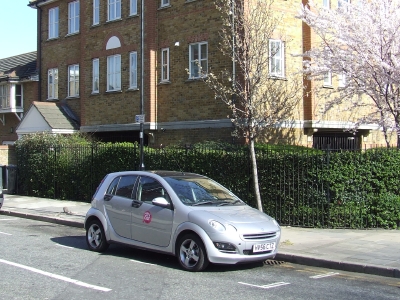 The double parking bay in Pearman Street – close to Morley College – is one of thirteen new bays at seven locations across the borough of Lambeth. A Smart For Four car operated by CityCarClub is currently available to local residents.

The new bays are clearly marked as being for the exclusive use of car club vehicles and anyone parking their own car in them will be subject to a fine.

Lambeth Council says that the locations of the car club bays have been carefully chosen after consultation with local people, and have involved replacing yellow lines that have become superfluous and parking bays which are not well-used due to changed traffic conditions.

"For those who don't use a car everyday like me, car clubs are a great way of saving money, as car club owners aren't saddled with the running costs such as servicing, road tax, insurance and parking permits," says Cllr Nigel Haselden, deputy Cabinet member for transport and parking, who recently gave up his car to become a car club member.

"There is also an environmental benefit – car clubs cut down on the number of unnecessary car journeys, cutting pollution and congestion."

"The council supports car clubs and they are already proving popular, but for them to really take off borough-wide, there need to be more dedicated parking bays so vehicles can be situated at locations near to people's homes. That's why the council has unveiled 13 new bays this week and is consulting on a further 50.

"We are sending a message as a council that we support the growth of car clubs as an environmentally sustainable alternative to car ownership.

Under car club schemes, members phone or use the internet to book the use of a car, and are issued with a card and pin number that gives them access to vehicle. There is no need to pick up or drop off keys.

They are aimed at people who need to use a car perhaps only two or three times a week, and don't want to be saddled with the expense of running and maintaining their own car. Car clubs already operate a number of bays in private locations across Lambeth, but this is the first main wave of bays implemented by the council.

"This is a great step forward and it was necessary to add some more vehicles because our Lambeth car club is one of the fastest growing in the UK," says Nick Simon from City Car Club.

"Word of mouth recommendations have really swelled our numbers after our first Lambeth members saved thousands of pounds a year compared to owning a car."

Rival Streetcar also has a number of vehicles in the SE1 area.