Drama courses at Morley College have been reprieved after a campaign to save the drama section won backing from Kevin Spacey and Richard Wilson. 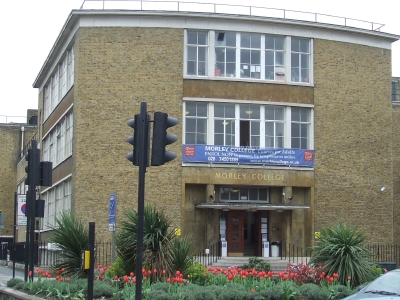 The Westminster Bridge Road adult education college announced in January that the drama programme would close at the end of the current academic year.

A campaign was launched to save the highly-regarded drama courses which attracted backing from actors including Richard Wilson and the Old Vic's artistic director Kevin Spacey.

The histories of the Old Vic and Morley College are closely linked, and the college was first established in the dressing rooms of the Waterloo theatre.

"The manifold, tangible and rich gains in people's lives afforded by these enterprises are central to a healthy, tolerant and inclusive society," said Kevin Spacey, declaring his support for the continuation of drama at Morley.

Now the college has reversed the decision to withdraw its drama provision.

"I am delighted that Drama courses will still be offered at Morley, in a way that allows both the subject to flourish and the College to achieve the consolidation that it needs," says principal Philip Meaden.

"The recent cuts in funding for adult education have resulted in difficult decisions being taken across the country and it is therefore even more pleasing that we have managed to find a way to continue the subject at the present time.

"The College will carry on discussing progression routes for its students with other London providers to ensure that they have the fullest possible range of opportunities."

Morley's drama programme is led by lecturer Dominic Grant. He expressed his delight at the news that drama at Morley will continue: "To all those who contributed to this outcome I offer my heartfelt thanks.

"Exciting plans are underway to ensure first rate training and progression for the student actor.

"A range of 'stand alone' specialist courses – Acting Shakespeare, Mask and Mime, Public Speaking, etc – will run throughout the year and the Summer School 2007 Course Guide is now available.

"As the esteemed actor, Richard Griffiths, implores in Alan Bennett's The History Boys: 'Pass it on'."