Morley College has won permission to build a bridge spanning the boundary between Lambeth and Southwark. 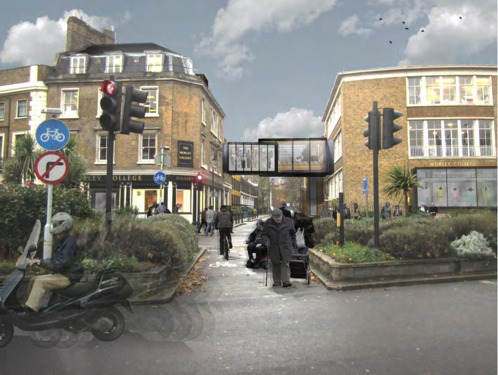 The adult education college's campus straddles the borough boundary, with its main building in Lambeth and the Morley Gallery being in Southwark.

Lambeth Council had already approved plans to upgrade the main part of the campus – including a link bridge across King Edward Walk – but Southwark didn't give its agreement to the connection until planning sub-committee A met on Tuesday night.

The college upgrade has been designed by local firm Black Architecture.

The college's agent – Aaron Peate of Indigo Planning – told the committee that Morley currently suffers from a "disjointed and incoherent internal environment".

He said that the college had seen a decline in the number of students enrolling on courses, with feedback showing that the "poor internal environment" was a deterrent to would-be students.

The sub-committee resolved unanimously that planning permission should be granted.